A week of eating out “Chez Rue” and “Chez Nous” – eating on the street, cooking at home.

First week in Paris – Part one

Wow what a week that was.

I couldn’t update at all as it has been so busy. Exhausting for a matter of fact. I was pretty optimistic about finding a flat before we arrived here and I was apparently too optimistic. If someone missed my post about what am I doing here you’re more then welcome to read here and here. My school starts on 31 of august and I came to Paris two weeks ahead of time together with my parents to try to arrange everything before the year starts. 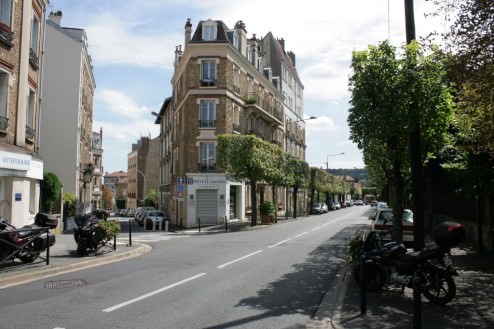 We stayed at Francios’ home at a suburb of Paris called Meudon. It’s about as far to the city center Paris as Hertzelia to center Tel-Aviv but they have incredible choices of transportation that made it easier to go to all these visits.

Some of this week’s insights that I want to share with you; 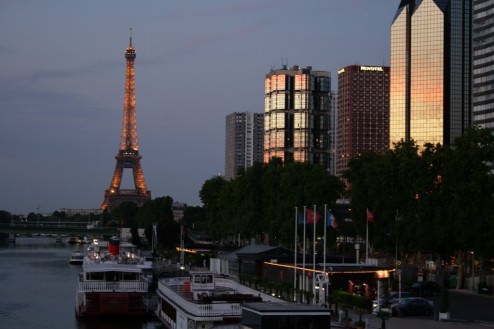 Last time I’ve been to Paris was for a day after a trip to Normandy about 10 years ago. Before that I had spent about 3 days in Paris when I was 12 with my grandparents on an organized tour. I clearly remember one thing from this trip – a pizza that had an egg split on top. It was a first time I saw this kind of pizza and I was deeply impressed.

When I arrived a week ago, I got here without a lot of knowledge of the city. It turns out it’s true that everyone walks around with a baguette popping from a bag of groceries. But the Eiffel tower is not (!) showing from every single open window of a house. 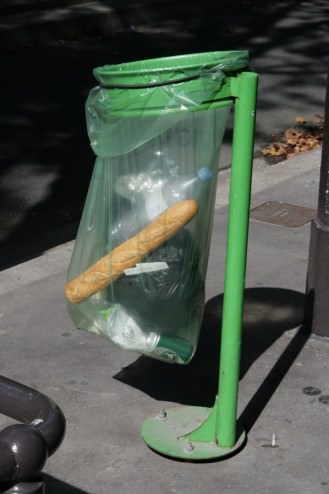 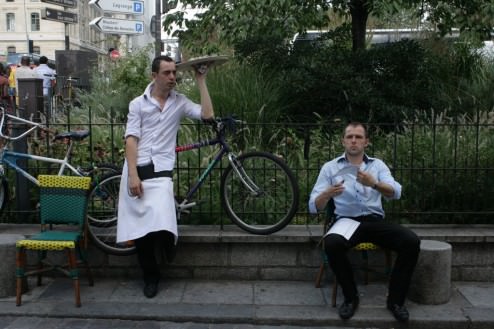 Another important thing is that the Vacances (the summer vacation) is the most sacred thing that can’t be dismissed. Of course it’s something I knew before because everyone warned me about, but still, interesting. Another thing I noticed is that people dress very casual. I thought Parisians were more fashion aware but most of the people are very casual. 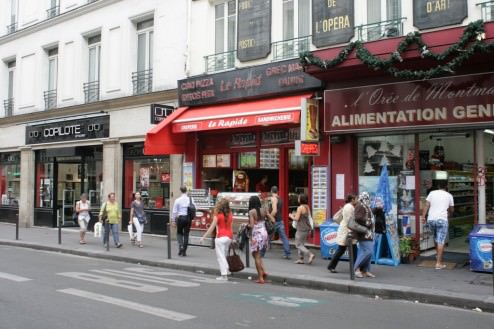 Then again, it’s mostly day-ware and not evening, and the majority of who can afford it, left town for vacances. Weather-wise, it was hot, very hot and un-air conditioned mostly. The rain that was predicted kept delaying from one day to another. 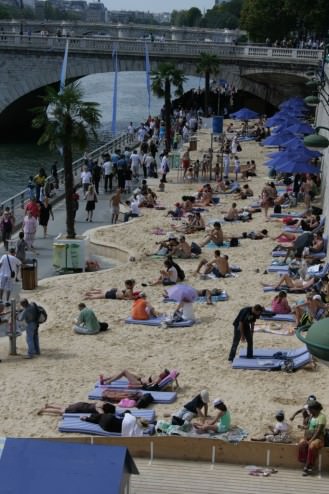 spend the hot days at the Paris Plage 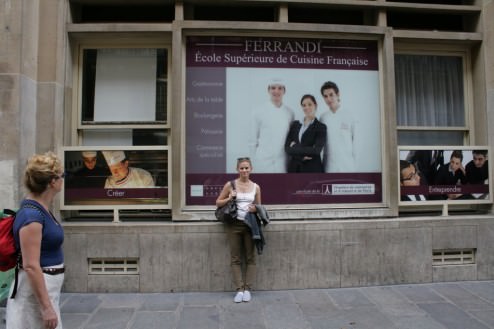 Was one of my main concerns before arriving Paris, but actually going pretty well. Better then expected nonetheless. The first phone calls were mentally hard to make (and probably sounded pretty bad)  but I got over it and started calling potential landlords and flat-mates very lightly and more easily. 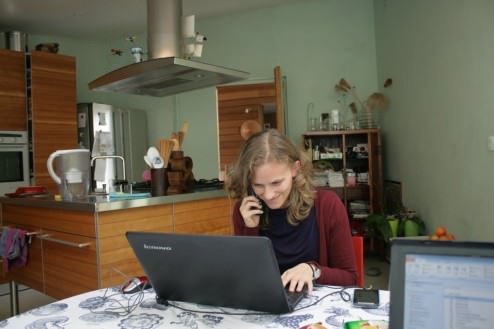 Trying to talk french over the phone

Now I’m even Okay with leaving a message on a voice mail (which are at most cases full already, but still). This is probably one of the things I’m grateful I wasn’t too lazy to do. Being able to communicate in French has become crucial to find a place, opening doors and making life easier. Yet, it’s not a paradise. It’s hard! I have to concentrate real hard to try to understand what people are saying. One ad for a studio had a voice massage saying everyone is invited to the visit of the place on Saturday. It took me to call and wait to hear the message around ten times and a consult with a French friend to be sure what is the name of the street. But as long as the conversation expected and involves just me (letting the other side know my French is bad), I can understand the most of it and ask what I want to know (especially rent a room type of questions). When it’s conversation between two or more native speakers it gets harder to understand and the names and writing, it’s the hardest part. I did get some compliments about my French being fast and pretty good for only 3 month of learning in Israel. It’s well worth the effort!

I did quite much research while still in Israel to try to get some visits to flats but it wasn’t easy to set something so far ahead. What happened when I got here is that I had to be full-time in front of the sites and phone to arrange these appointments (at the house, on Parks with wifi, with papers filled with followup numbers and MacDonald’s free wifi and AC). 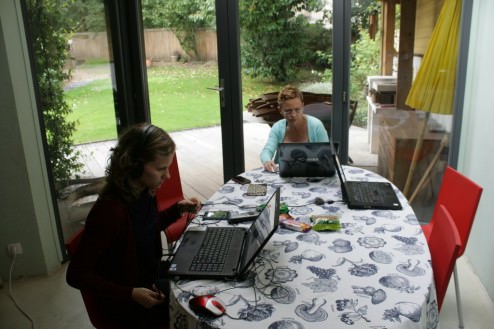 It was, and still is, very hectic. Then running around the city between the visits was tiring. We got a weekly pass for 25 euro (zone 1-3) to use with all public transportation. We used it to the maximum, switching between metros, buses, trains and light rails. The bike rental is extra charge so we still didn’t try it out. 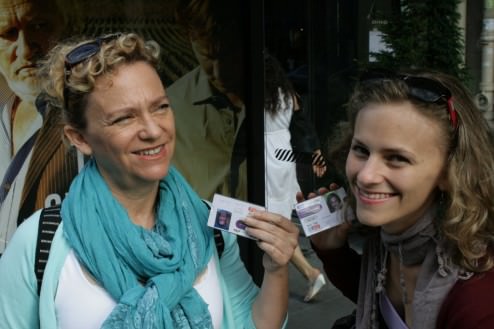 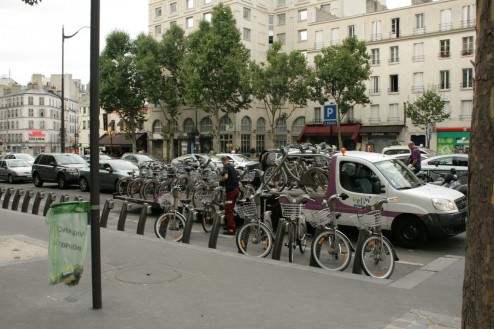 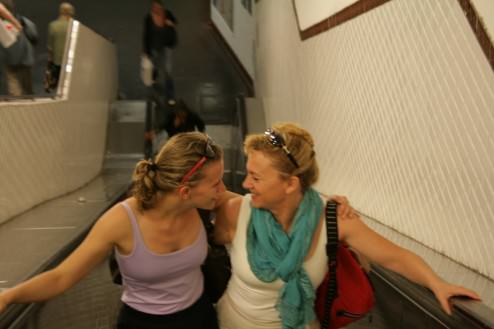 The flats were not that impressive. An example is one place we got 15 min before start of showing the place and there was already a 10 people line.

Then we saw a small 15m room and stood in another line to try to convince the owner we deserved to pay about 700 euro a month to get hold of it, using all eligible manners and documents. 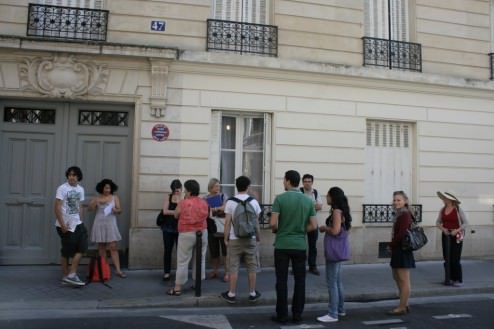 15 min before, standing in line to see a "studio", with 10 more people 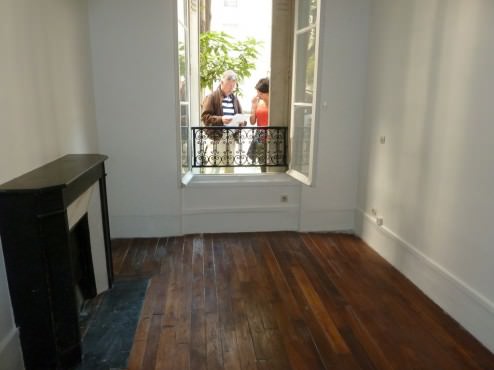 The fantastic studio 🙂 (yes, that's about it) 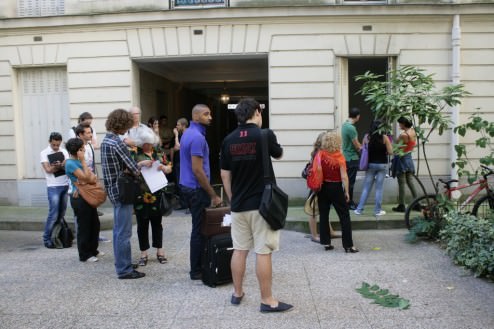 the second line, of interested people who wants to give the landlord some documents

This was one of the top priorities, and I didn’t get the call back!!

Another option I tried was living with roommates. They also had tons of applicants but received only one at a time so I got the good impression but then let down the day after. 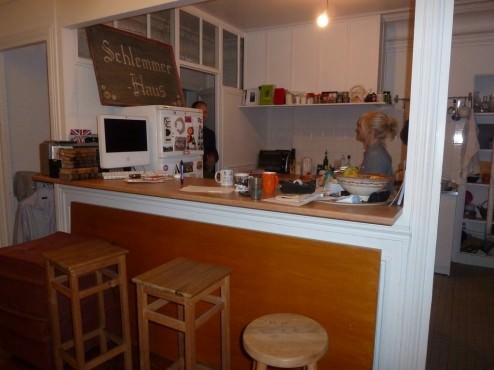 A great place I couldn't get 🙁

Another option was getting to an agency. We entered about a dozen of places around neighborhoods I liked and they all said they have nothing to rent. They only sell now.

After a week (of seeing 19 places) I had a choice between:

1. Getting a temporary place for 2 months until a nice one room apartment will be free on November, quite far from school but nice quarter of the city and on a good metro line. And alone. (About 730 euro per month inc. everything) 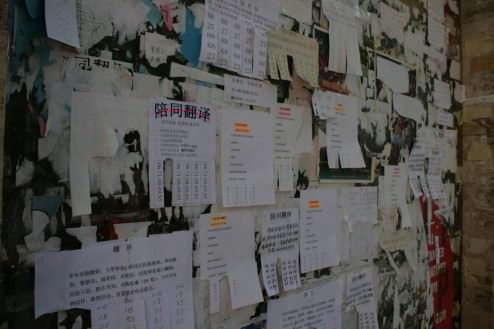 The 18th district, many chinese.

2. A room in a Vietnamese woman’s that her daughter left home. Can’t have friends over after 10PM, good location and price (650 with all) 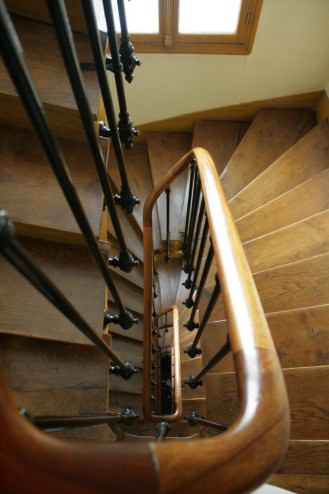 3. Share a flat with a working, 32 years man who looks nice but smoke next to the window, good location, but have to buy bed and desk and find a place for the first week of school until he’s back from holidays. (800 with all) 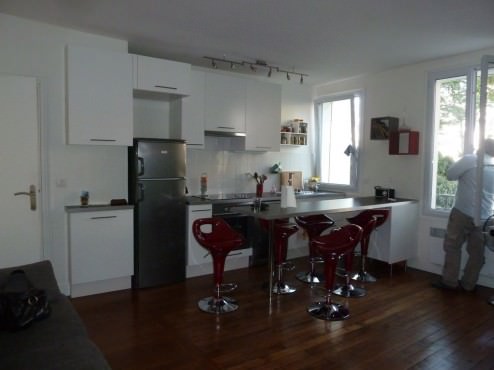 Big kitchen, a plus of course 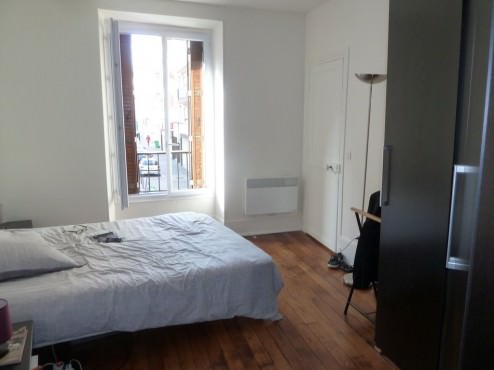 There were some other options I decided to strike out due to location or were too expensive. 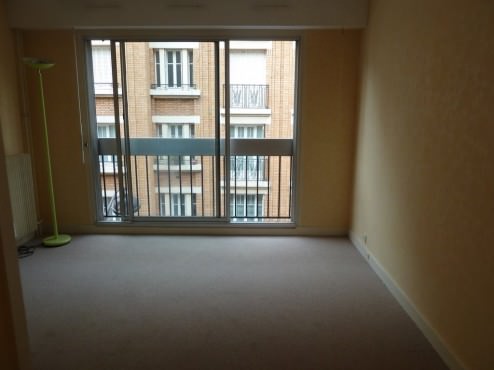 A room, somewhere, also didn't call back about it 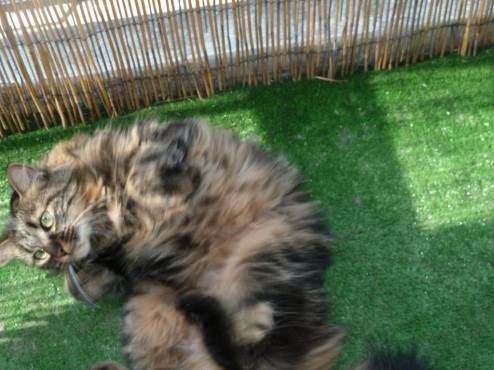 So today I said no thanks to the lady and kept options 1 and 3 still open for a week to see. Now i’m keep searching for maybe something cheaper in a good area and hopefully not to share. After some evenings of just let downs, I was pretty discouraged but now that I have these two options in case I don’t find anything better, I do feel better and more relaxed.

Now we moved to the city center, to my father’s cuisine’s flat for next week. More tasks to be done are getting a bank account, an annual student pass to the metro and a cellular permanent arrange. Next to come – a post about this week’s eating. 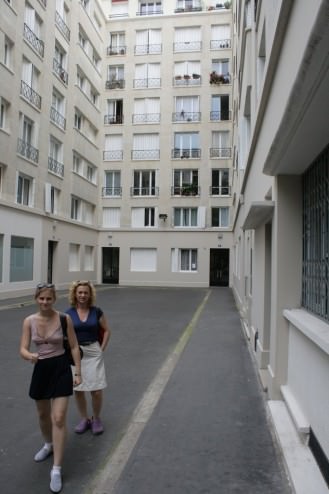 Our new building for the week 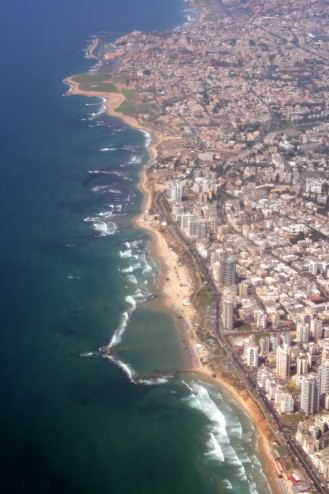 8 Responses to First week in Paris – Part one