On Friday evening we had a cocktail party meant for two things: 1. meet with former students of ferrandi and talk to them about their internships and ask questions. 2. let Pastry group show off their catering class.

The party took place in the forth floor restaurant and the amount of food and small appetizers was impressive. Some were better than others because most were prepared the day before and re-heated. Not every dish likes that treatment. 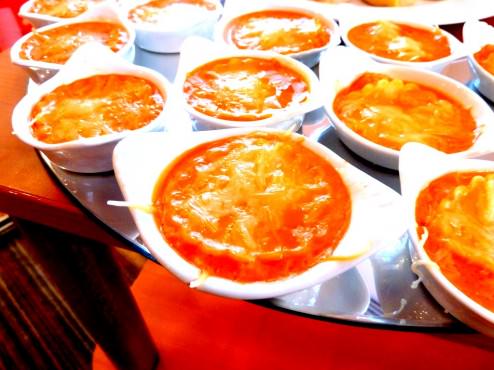 Raviole with crab meat and sauce. Was my favorite but the dough separated, wasn't a raviole anymore, more like a lasagna 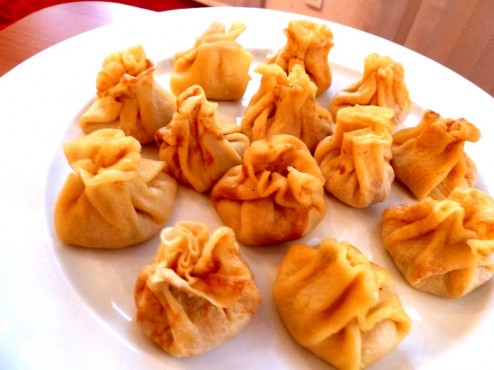 dough filled with smoked salmon. Was also very good and not too oily. 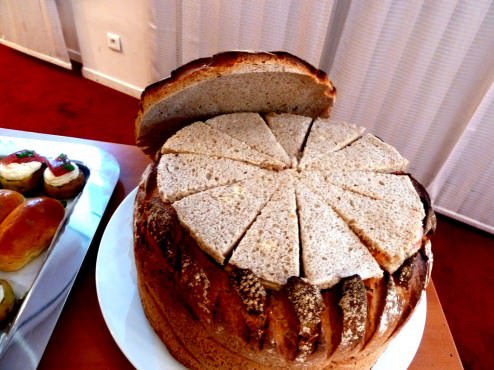 A huge bread which its insides was taken out, sliced and made little sandwiches of and then put back in. Surprise! Wasn't my favorite because the bread got a bit dry but I liked the idea. 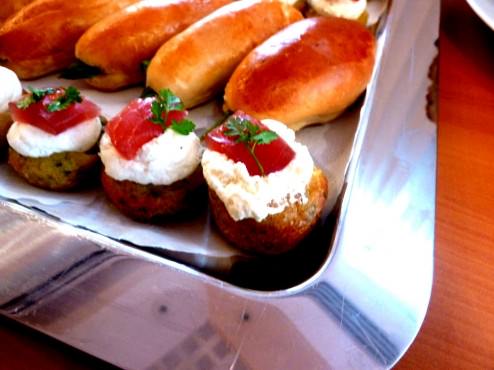 This was like a vegetable souffle with cream and red tuna. Nice! 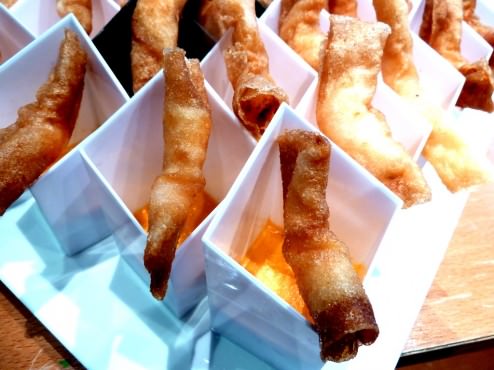 I'm not sure what was that and I didn't taste it. 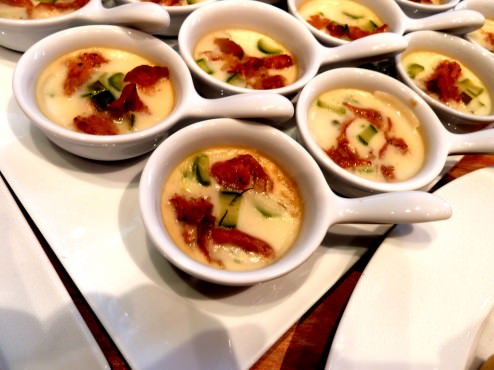 Same here. Couldn't taste everything, but it looked cool 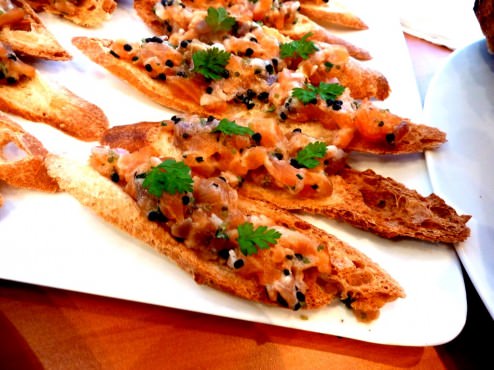 Salmon tartar crackers, many dishes with smoked salmon after I ate so much of it, it's hard to judge. 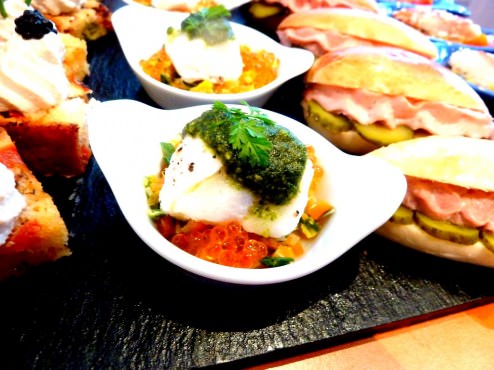 Wish I tasted this one which looks good. Was it white fish or cheese? 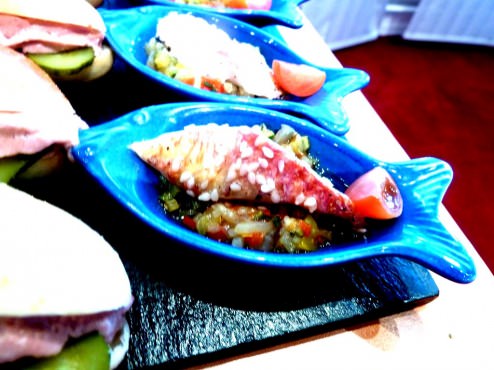 Another type of fish over a salad of something 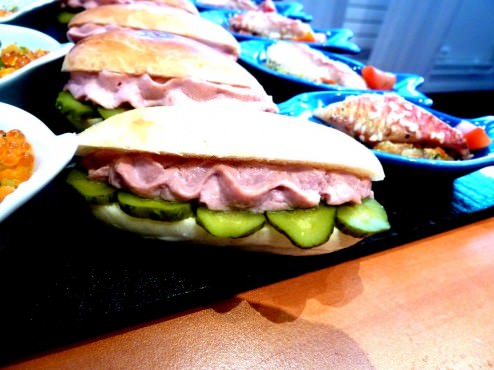 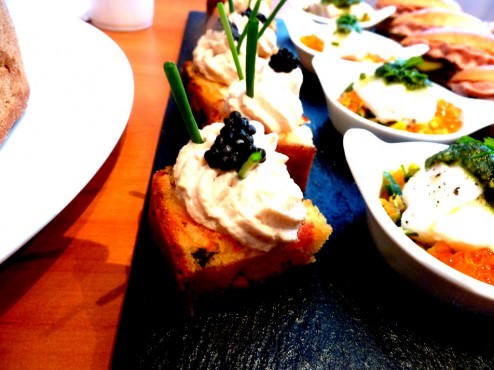 No idea what that is 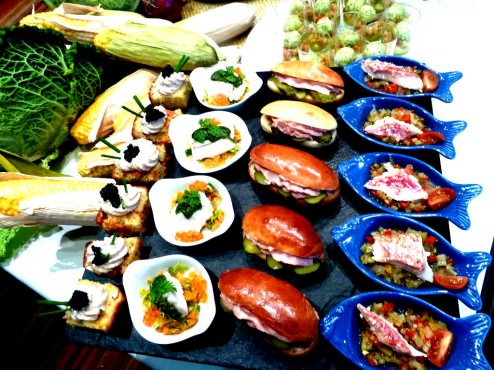 How pretty is everything together! 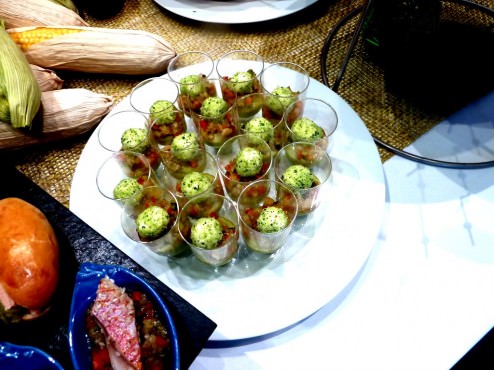 This was nice, a cheese ball over an avocado mousse 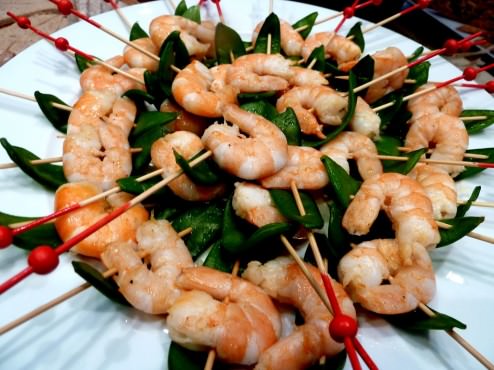 Shrimp on a stick with green broad bean 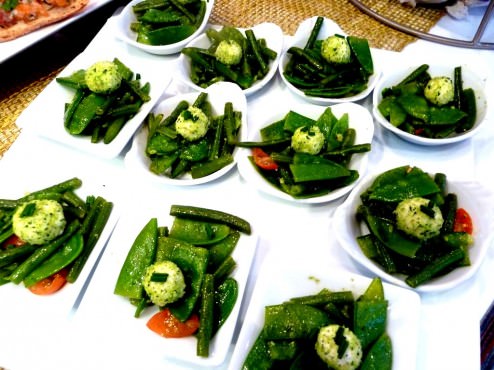 A variation of the other stuff 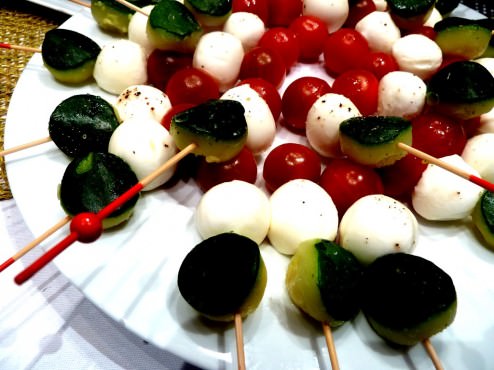 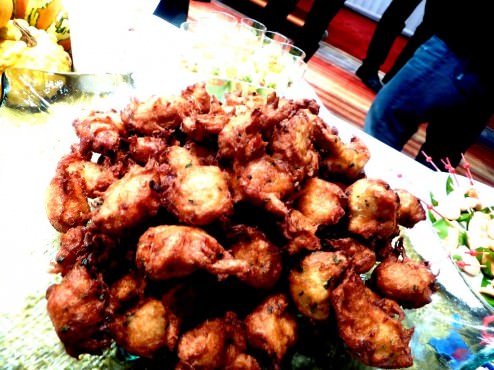 Not that successful dish, have to be served right after fried otherwise it's getting soggy 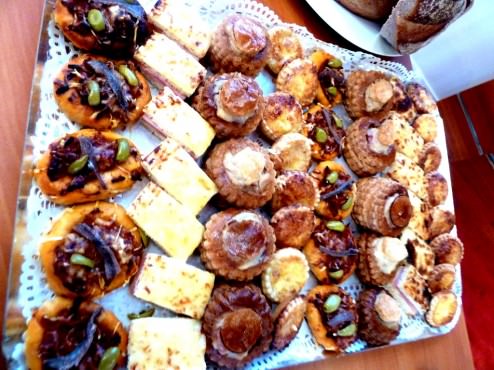 A bunch of savory pastries 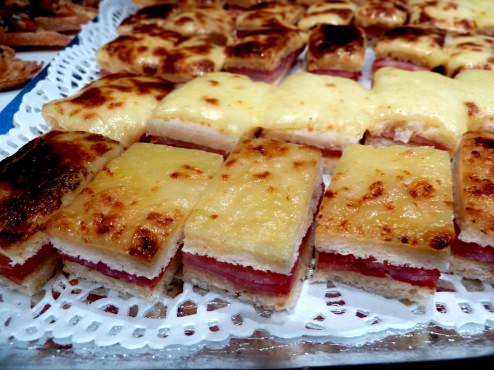 Great ham and cheese sandwich where the cheese is on top! 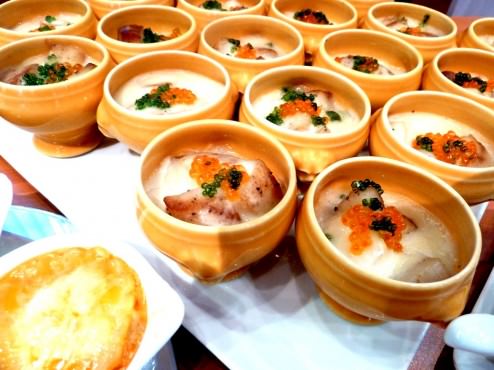 Some kind of fish. So much fish after another week cooking just fish, was hard to handle 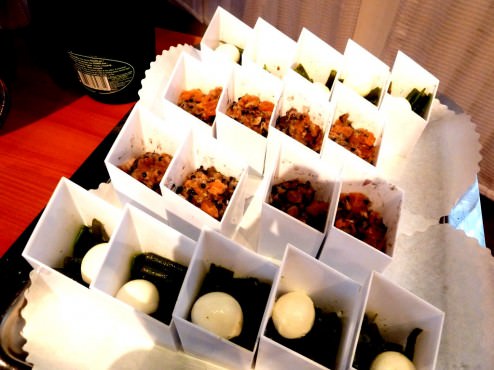 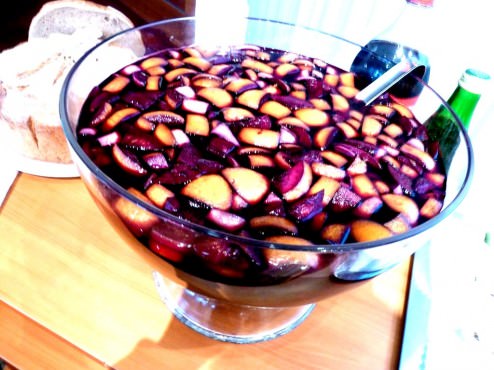 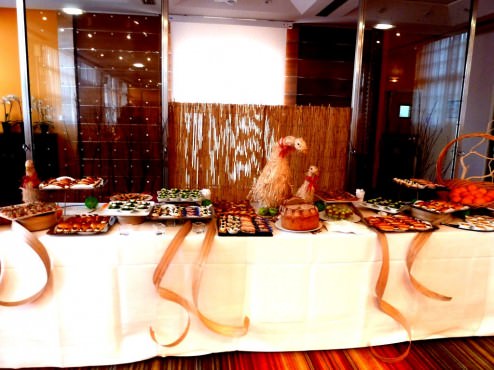 The amounts... hard to believe, we were only about 70 people, maybe less. 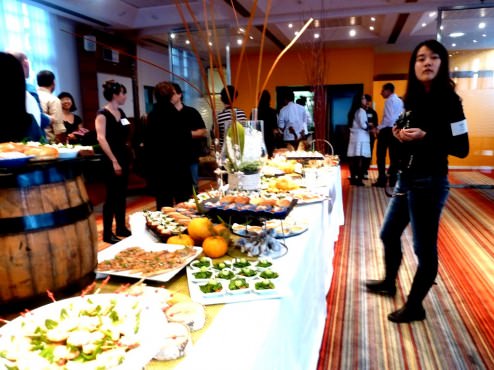 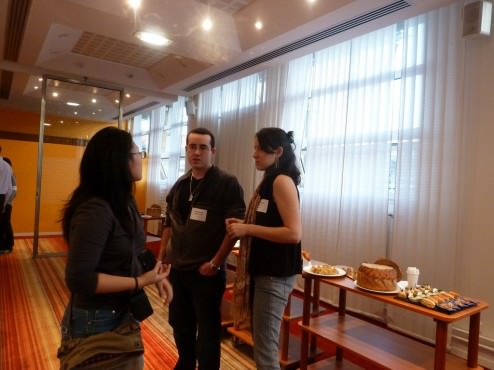 Waiting for some former students to arrive

Well, the problem was that there wasn’t a lot of these former cooking students. They were mostly Pastry!! So I talked with 3-4 cooking students who came (and left really soon), probably all the rest are working very hard and very late. Scary to think this is gonna be me in 4 month or so. The conversations with them left me even more unsure of what I want to do, where I want to see myself soon and what direction to take. It was, however, a pretty nice gesture.

4 Responses to Cocktail Party At Ferrandi