Opéra is a layered cake originally invented a long time ago as a dessert for the Paris Opéra restaurant and ever since the French are hyping around the idea. Making this cake in all the patisseries,  writing “Opéra” with chocolate glazing on top and selling small rectangles of it in high prices. When they like something, they keep doing it the same way. Anyway, this cake has 4 elements and I shared a station with sweet Andreea. In the end the hardest part by far was decorating this damn cake. Unlike the pastry group, our education does not include a great focus to pastries decoration, glazing, piping and so on, we just have to go with what we got. I had no ideas in my mind, didn’t want to write the cliché “Opéra” so I had to do something else. Unfortunately my piping skills are lacking. I mean, rolling parchment papers to little pipes, pouring hot glazing inside, and using it as a piping bag for decoration is not as easy as one might think. Every part of the process was a disaster, the bags were leaking, the chocolate was hardening too fast, the hole of the bag was either too large or too small, the dove I wanted to draw came out very ugly and distorted. I had to clear everything with a torch and pour some fresh hot glazing and start over. That made the chocolate glazing layer too thick and I burnt the middle of the cake with the torch, had to cover that also. In the meantime everyone else was writing “Opéra”, adding some decorations and finishing up, clearing their stations. In the end I decided to leave the dove for next time and just improvised a drizzle  element and practically gave up on decoration this thing. This is the result for your judgement. 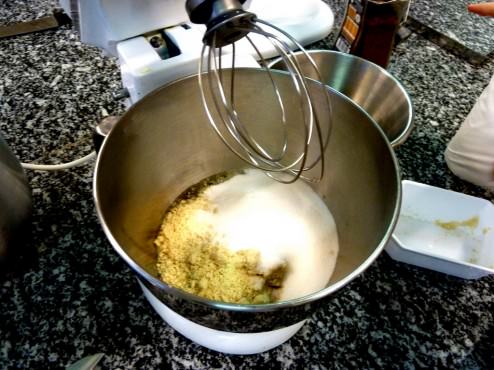 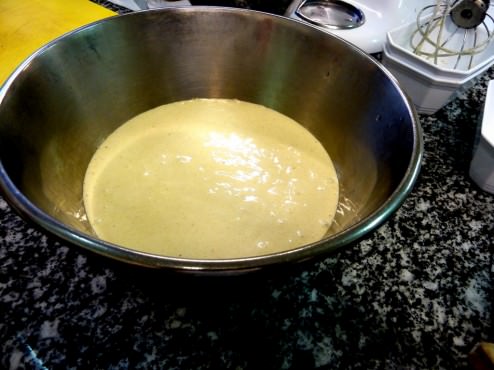 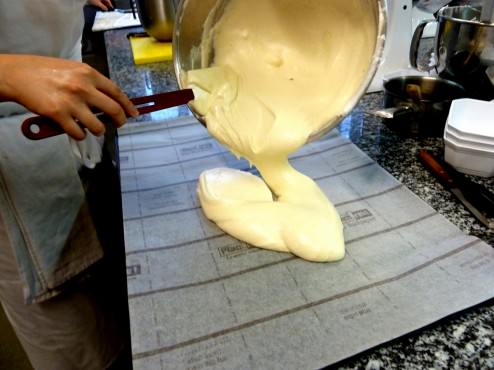 Flat on the plaque, we had to make enough for 3 layers of it 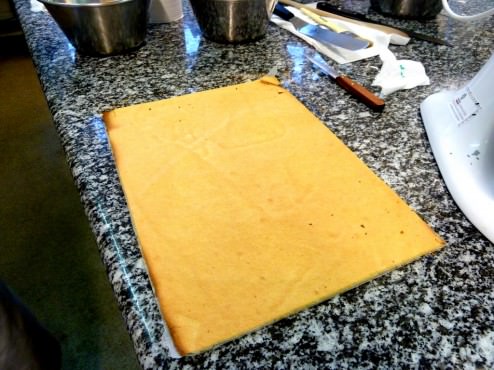 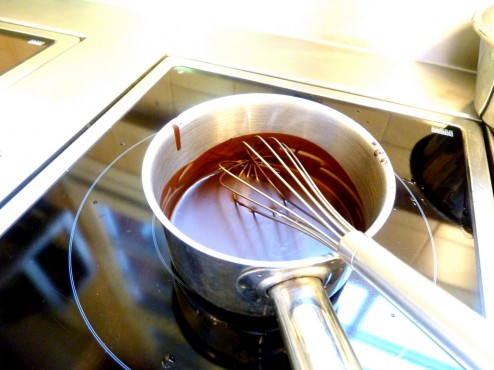 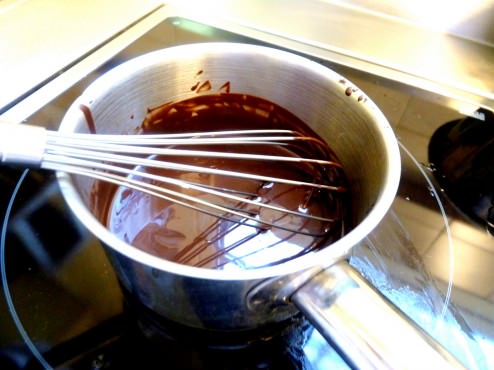 Happens very fast and my thermometer is ruined now. 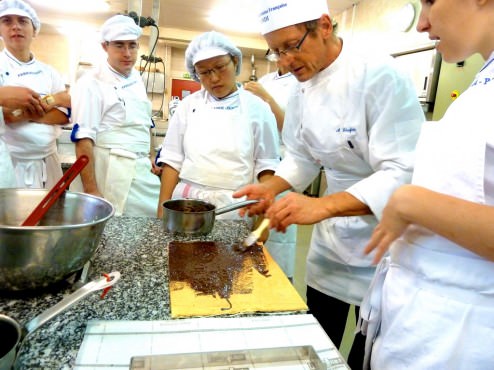 Wash a thin layer of it to the first rectangle, just to be easy to handle after when it's on the bottom 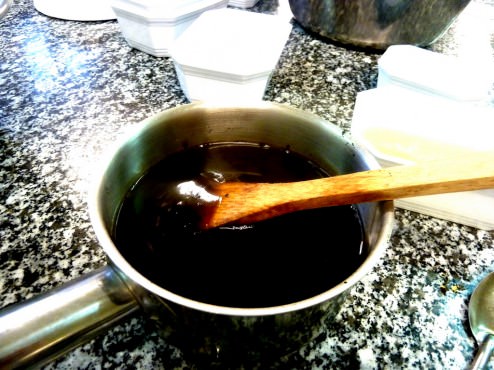 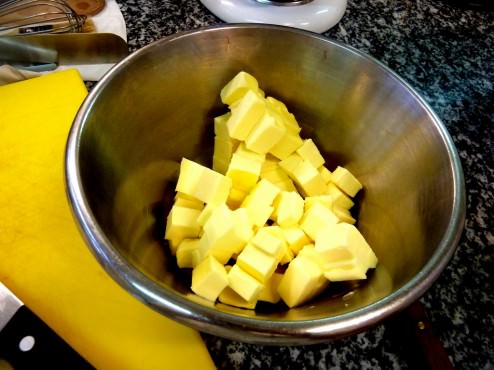 Layer #2 is a coffee butter-cream made mainly from... you know.. butter. Butter squares are soften. 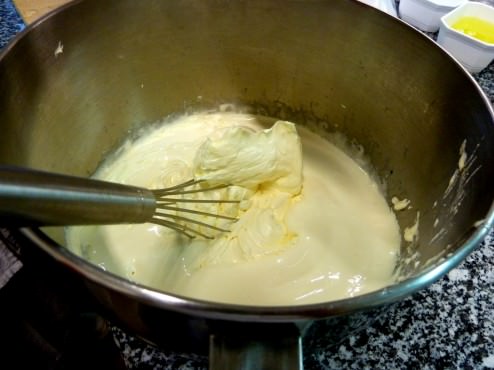 Then beaten with a machine until fluffy. On the side there's sugar cooked until "soft ball" which is then poured over beaten egg yolks and mixed until cold again. 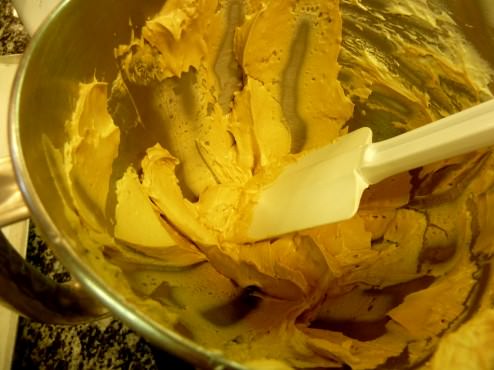 The yolks and the butter are folded one into the other and then coffee extract is added. This is a nice version of butter-cream which can be flavored with many different tastes and colors to make frosting and so on 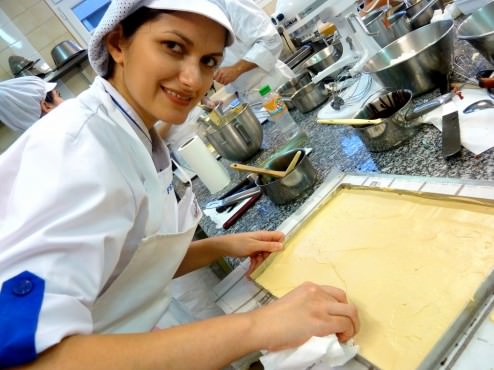 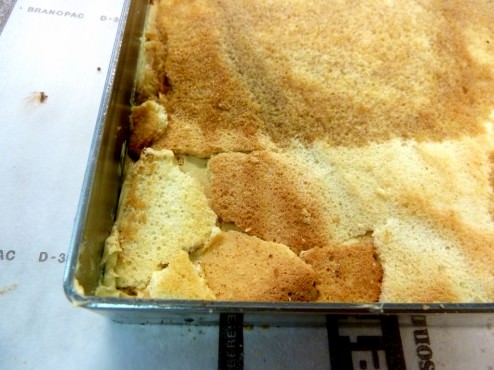 The third layer is another jocond but the corner was crushed and I had to match it like a puzzle. 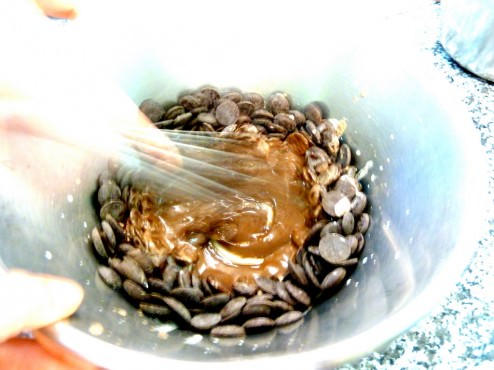 Layer #4 is a chocolate ganache. Very easy to make, just poured hot cream over the chocolate and mixed. 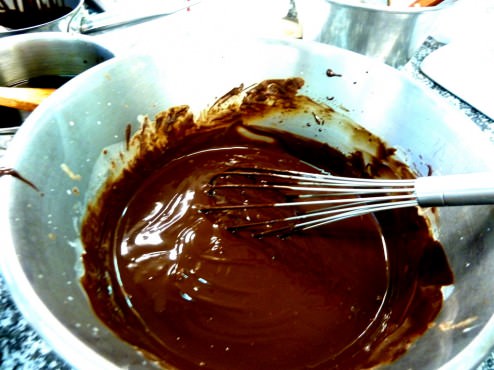 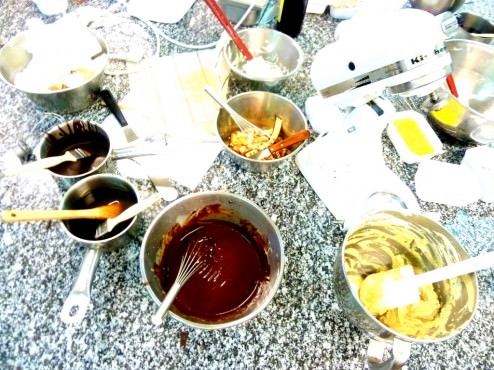 Our messy station in the middle of preparation 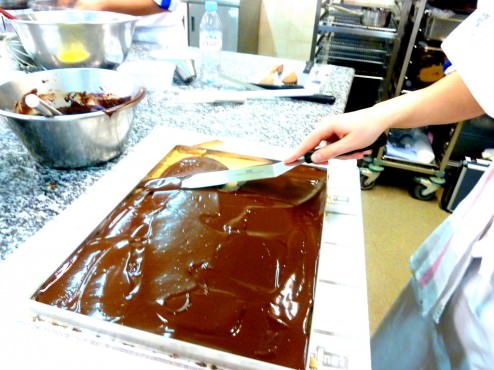 Ganache on top of the jocond yum yum 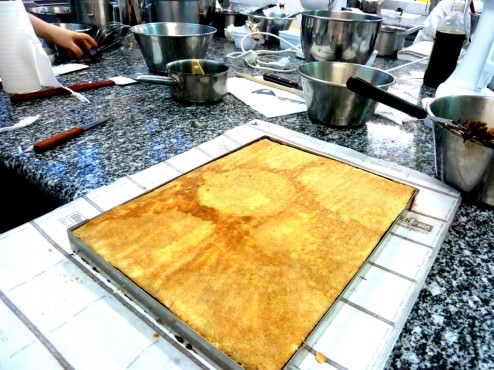 Another jocond is almost the last layer 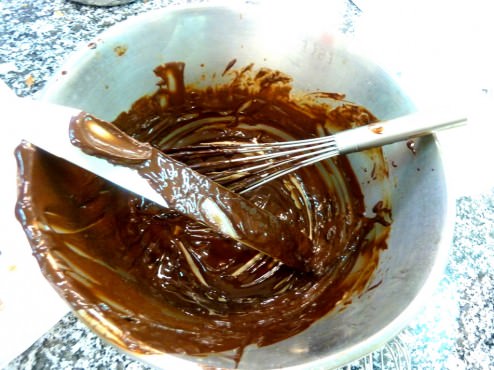 We are not licking these balls anymore.. fortunately 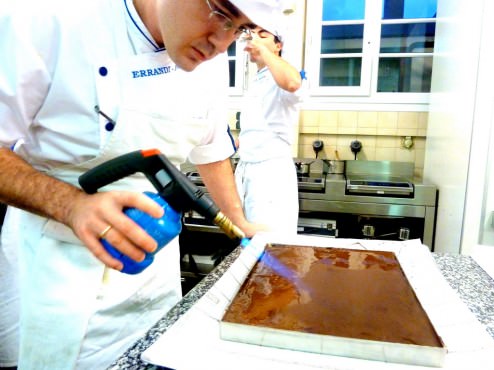 Another layer of chocolate glazing is the final layer. It can be smoothed by torching it. 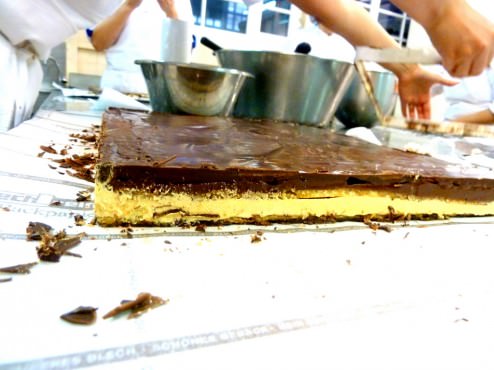 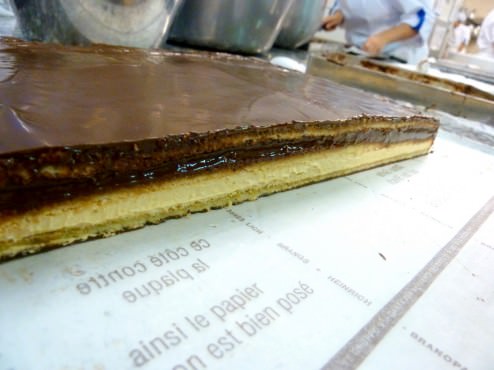 Divided by two, now each one is decorating on his own 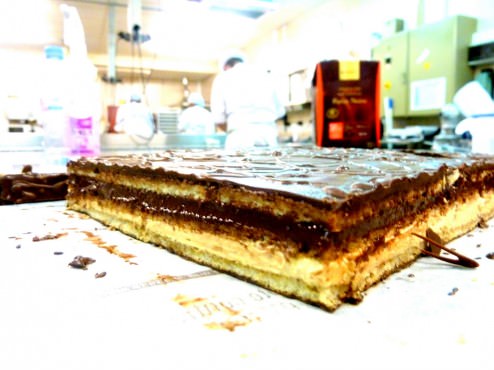 Has to be trimmed 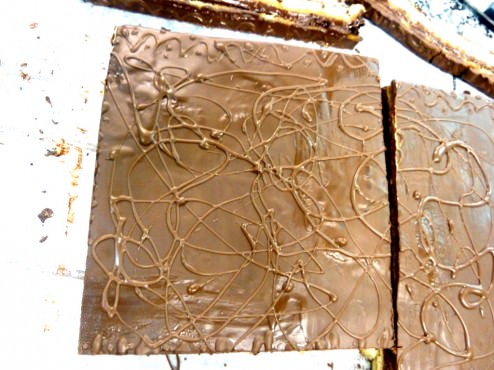 My final cake decorated after a huge mess I made. 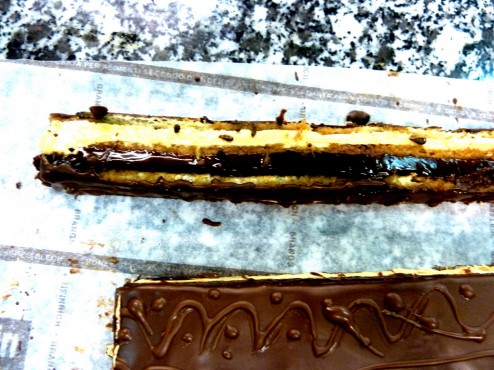 The trimming which I kept 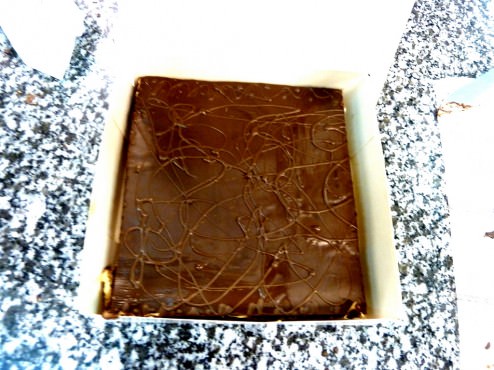 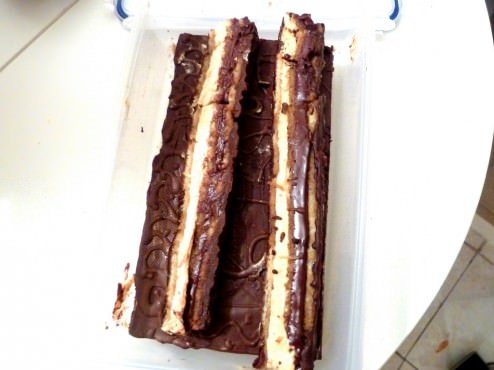 At home, one box + trimmings 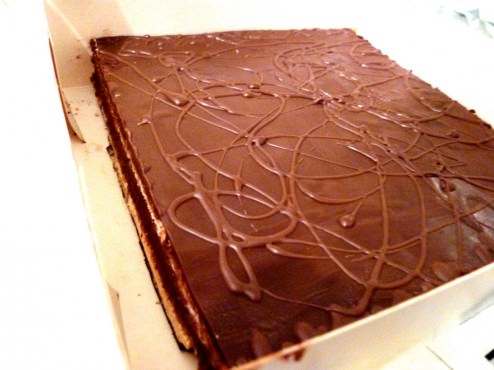 4 Responses to Opéra, Some Classic Stuff