Boulangerie, The Science Of Bread Making

As you can imagine, Baguette is something Parisians take very seriously. In fact, many house holds buy at least one fresh Baguette everyday. They use no preservatives, this is why this wonderful bread become pretty disgusting after as little as few hours, and has to be re-invented as French-toast. We were scheduled to have one boulangerie class and when Andreea asked me what do I think we’re going to make, I said that I’m 100% sure it’s gonna be a Baguette. I was right, and later when I asked Maureen from pastry group what had they done in their 3 boulangerie classes, she said they were making Baguette in every single class. We already had experience with the school bolangerie in school lunches and wine classes. We knew it’s good bread but that was our opportunity to discover the secret.

Chef Maurice was our teacher and started with an explanation about the different styles of baguettes, the different starters options and kneading speeds. Also talked about the humidity percentage of the bread and the calculation of temperatures. It felt like a real lab lesson. 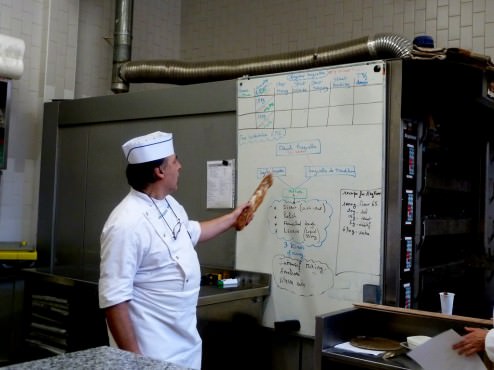 Obviously, explained with a baguette. 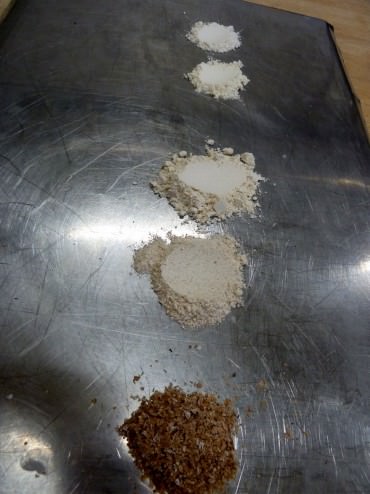 Different flours for different breads. From the full grain to just the core. 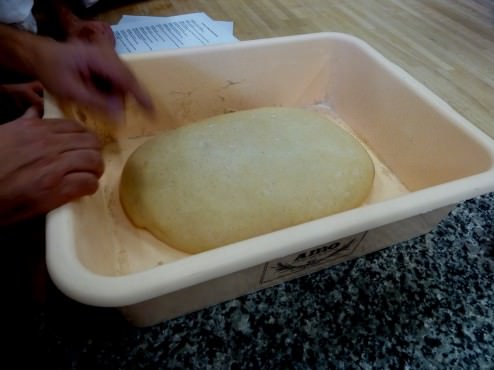 His 3 months old starter, has to be fed every 3 days

We were split to two groups, each group was about to make a baguette dough from 10kg of flour. The basic and most simple baguette. First, we filled the huge dough mixer with the right amount of water. It had to be 14 degrees Celsius so that when it finished mixing the dough will be approximately 24 degrees which is the optimal. We used an infra red thermometer which was the coolest thing ever. I want one!

Then added the 10kg of flour and let the machine work its magic: 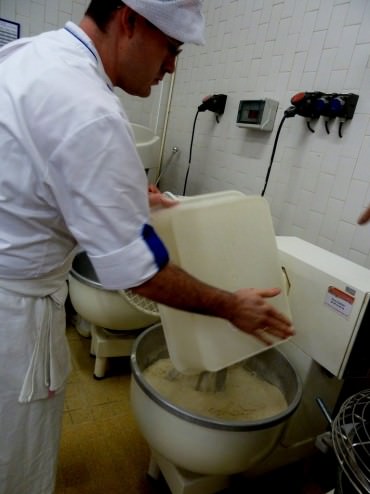 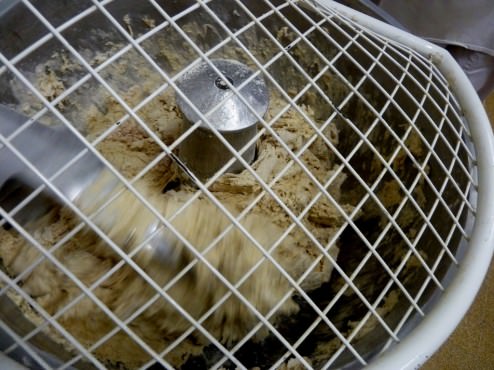 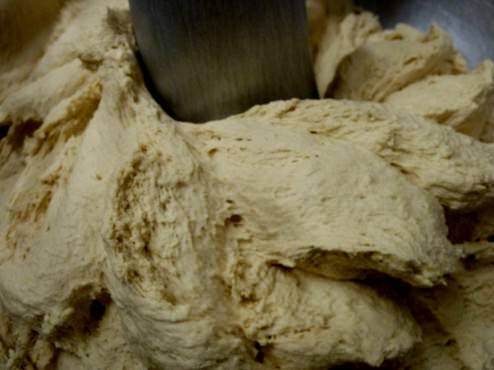 Placed the dough in a plastic bath to rest before cutting it. Every single part of the process was timed and had to be start in the exact minute we calculated and wrote on the board. 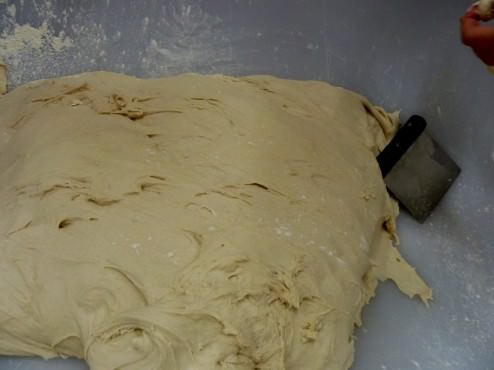 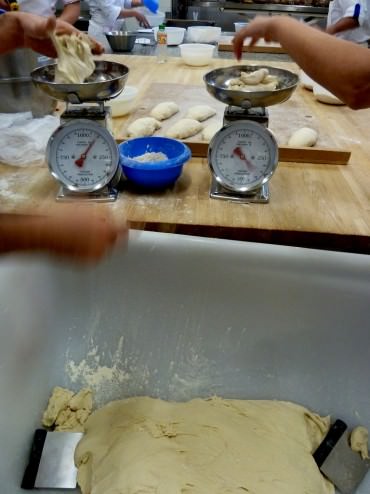 Exactly 350 gr of dough to each loaf

Shaping: There’s a technique to shape the baguette to its long and loved shape. 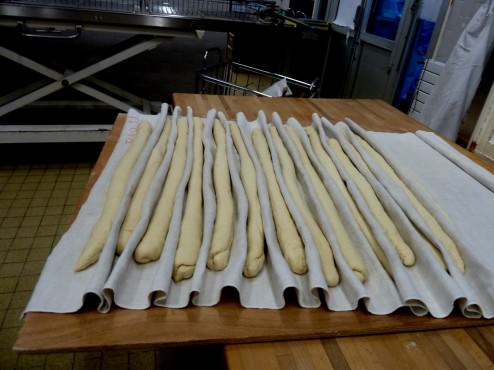 Let it rise once again after shaping, with the cloth in the middle, keeping the shape up. We made 100 baguettes that day. Not kidding.

In the meantime, Chef showed us how he makes a traditional 70% humidity baguette by hand: 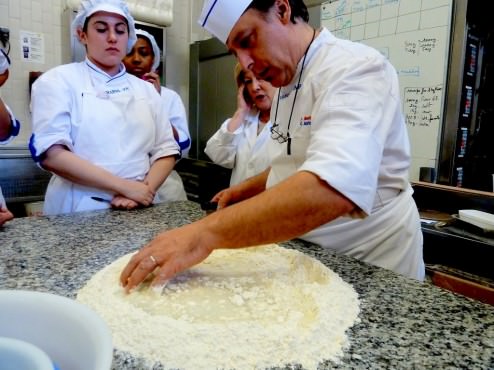 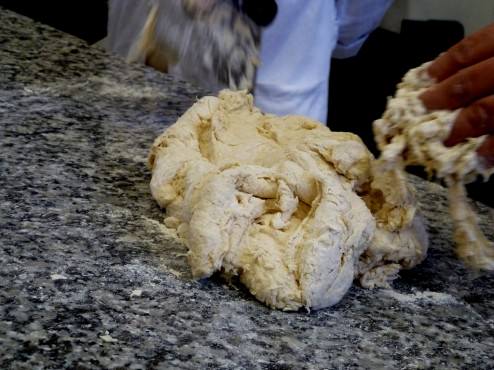 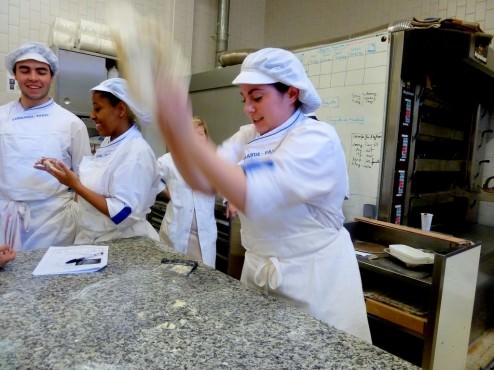 Claire having a go

We also made a “special bread” in groups of 3. We chose to make pain complete, whole wheat bread. 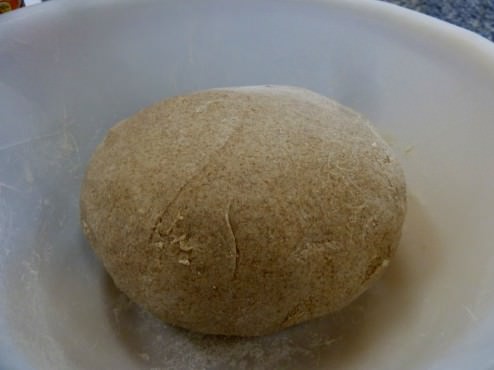 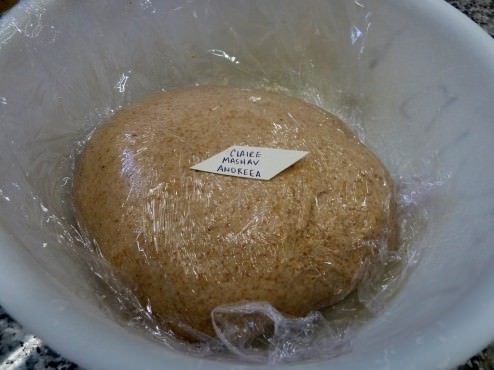 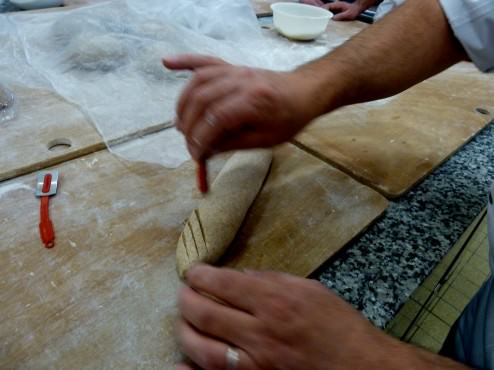 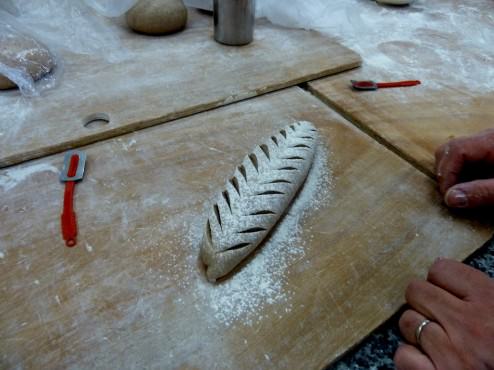 Time to put the bread in the oven. The boulangerie’s oven is far bigger than what we have in our pastry lab. It’s so big there’s special tools to use it.

The special bread comes out of the oven looking good! 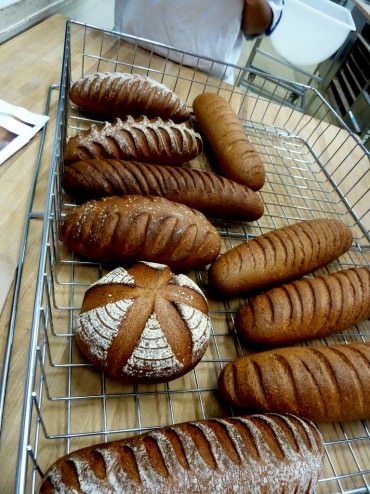 We instantly tasted one of the loafs. Oomnumnum. Then I felt that something’s missing and asked chef if he happens to have any butter laying around. The answer was yes and we had a feast. Nothing like bread hot from the oven. 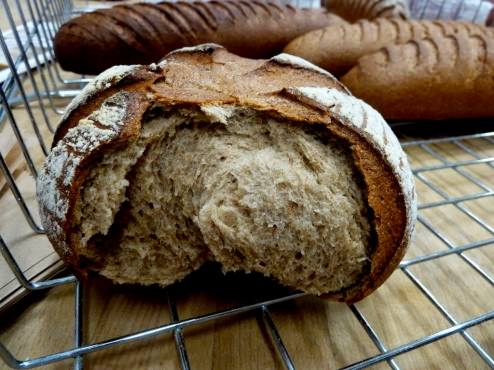 The baguettes, 100 of them, were each cut on the surface to make the traditional slicing marks before baking. It has to be perfectly cut to gain control over the steams, making then escape the dough the way we want them too, a change that effects the end result. We were also told how it’s extremely important to use steam oven to bake the baguette. One loaf was a demonstration to what happens if you bake it dry:

On the right, a dried out baguette that was baked without steam, in the middle: a loaf which wasn't cut appropriately and didn't grow the way we want, stayed skinny. On the left: a good example of a baguette. 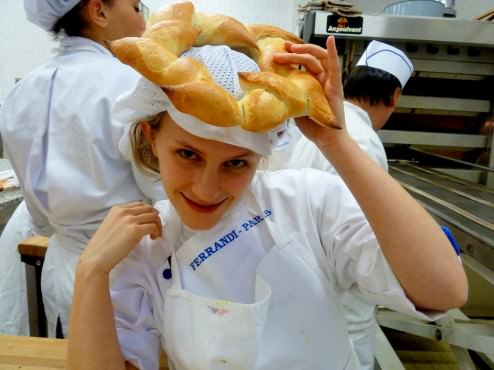 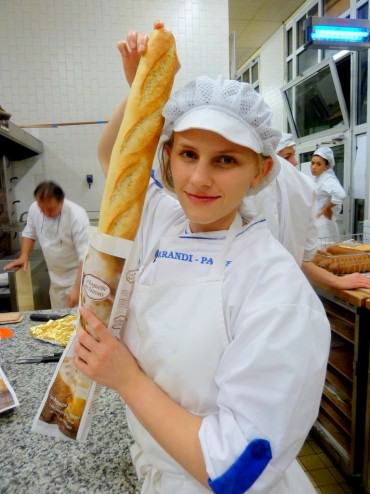 And for those of us (me) that prefer an under-cooked baguette, a lightly baked example. Not to be used in the rain

4 Responses to Boulangerie, The Science Of Bread Making