Keeping the best for last, it’s meat time. Starting with white meats we made three recipes of veal and pork last week. 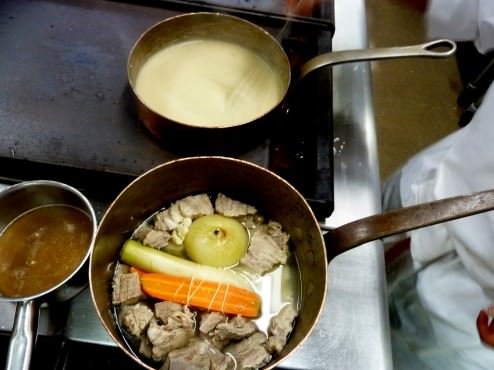 After the veal was cooking for about an hour and a half, we use the cooking liquid for the veloté (white roux with stock and some cream) 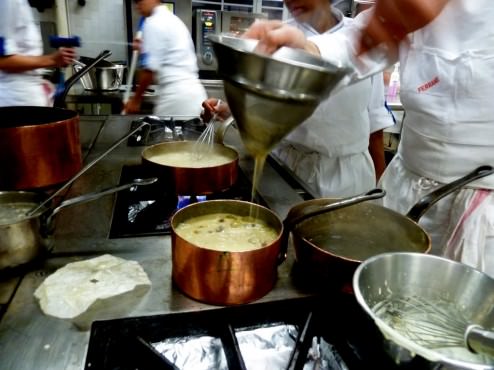 Straining the sauce over the meat and vegetables 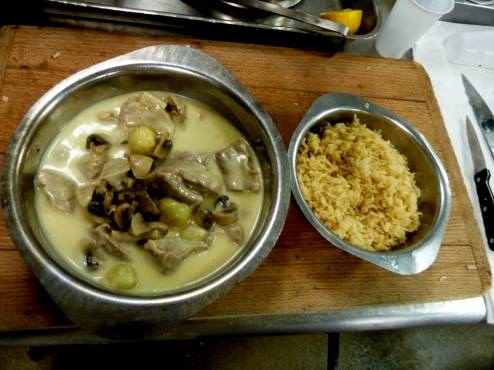 We also cooked rice pilaf which is great because I love rice. It was baked in the oven. Surprisingly the meat was still pretty tender and nice pink inside. For the sauce I used tons of pepper so it was kind of pepper and cream sauce. 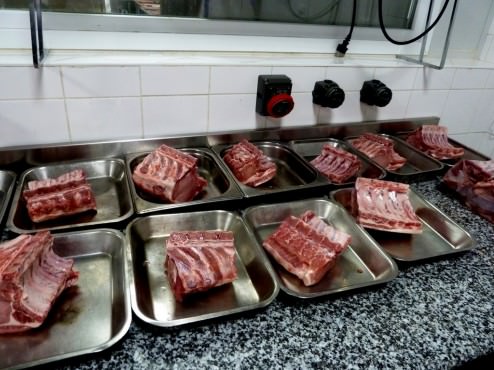 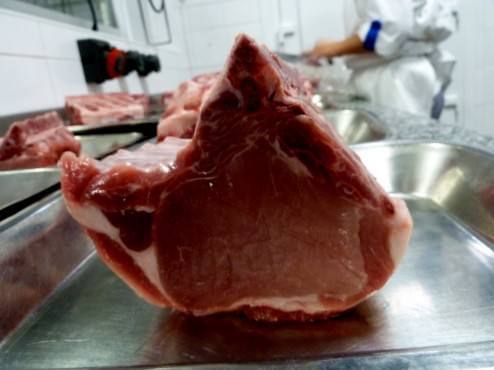 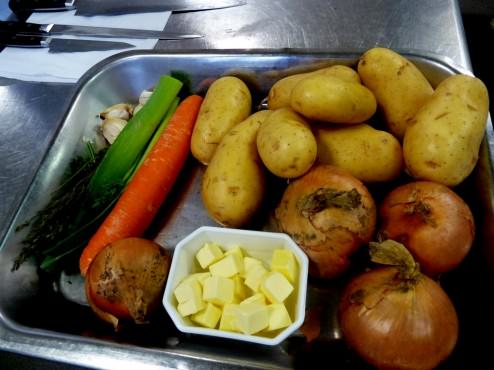 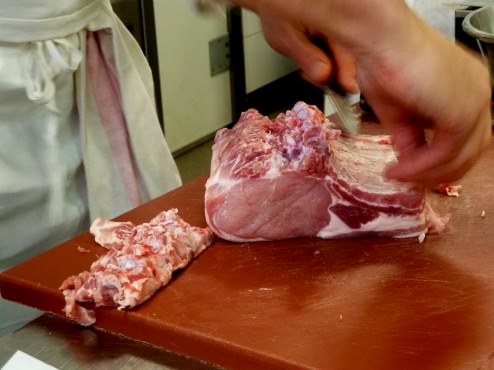 Separate the bones from the ribs 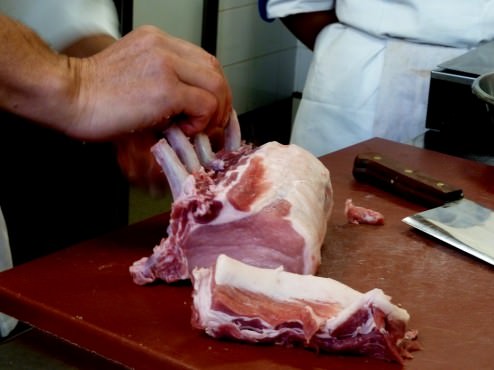 "French" the tip of the chops 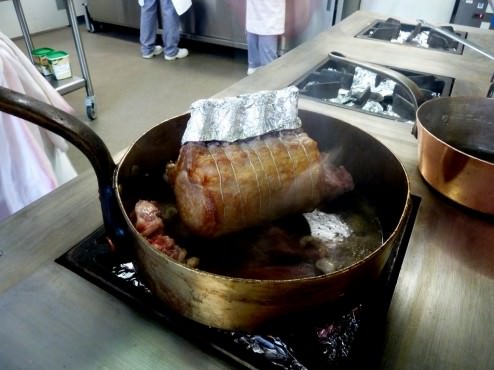 Color the outside of the rack before roasting in the oven 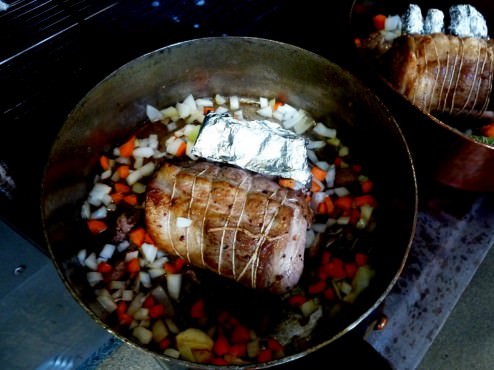 Sits on vegetables and constantly based 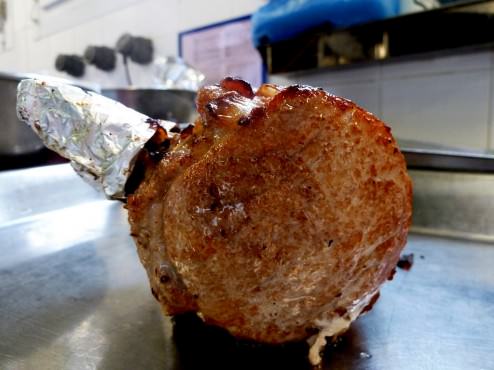 My rack when it came out of the oven 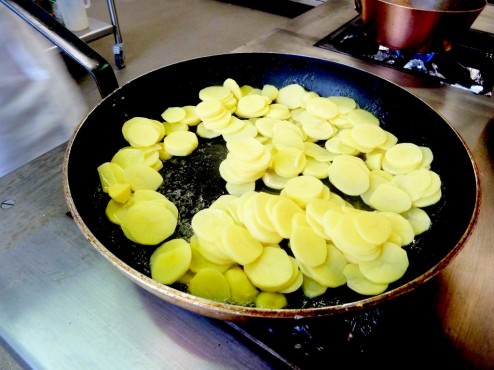 After all the potatoes were cut to nice even circles, they are first colored in a non-stick pan. With.. butter. 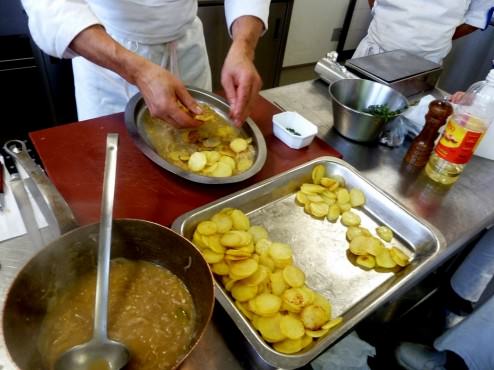 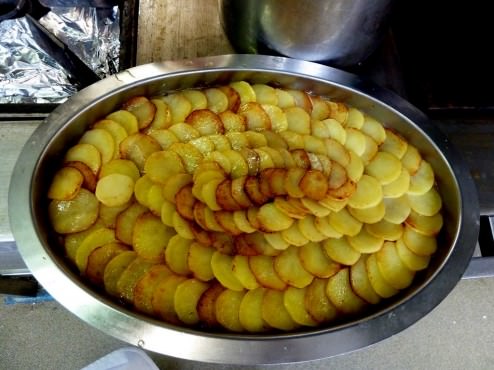 This is going to the oven 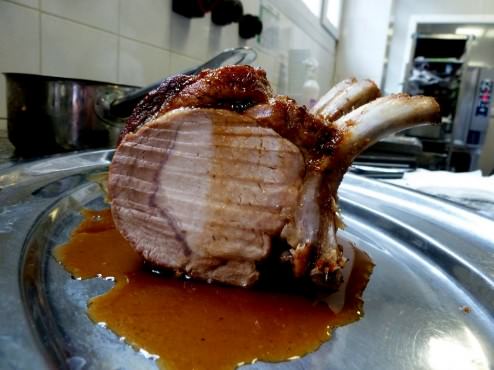 The roast with the juice of its own roasting 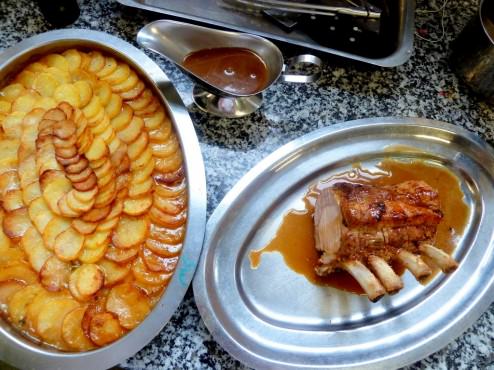 The whole thing together 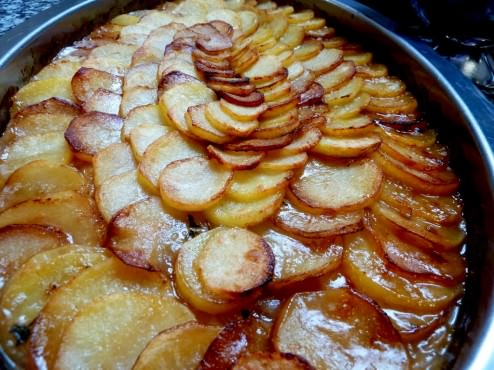 The potatoes were pretty good, the name of the baker is given to the dish because it used to be the baker making this Gratin in order to use the heat of the bread baking oven after finished baking bread until it cools down. 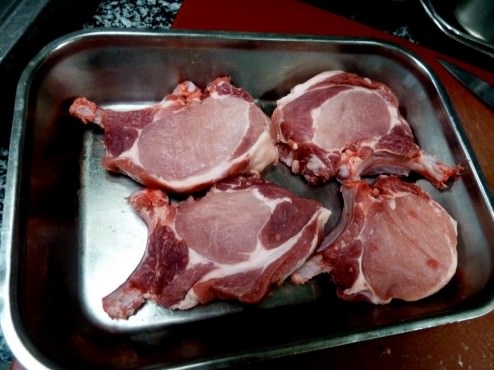 This time I got the edge of the rack where it's more red meat then white. Was harder to bone because of it (?) they were falling apart and so delicate. 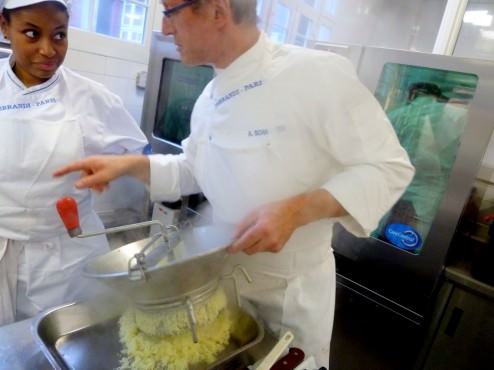 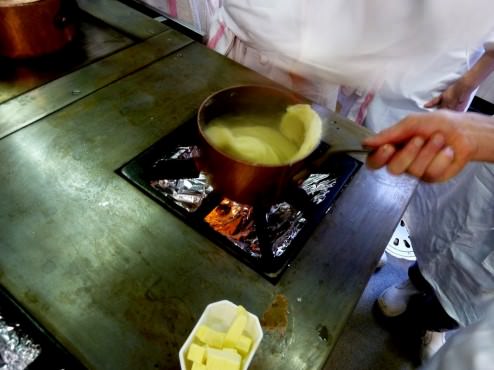 When still hot, melt chunks of butter inside. Then add boiled half and half (cream and milk). 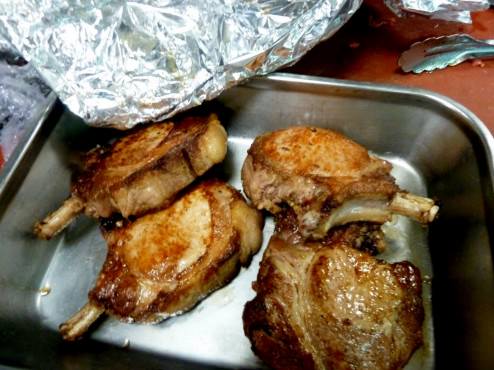 The chops were just satéed on a pan and based. 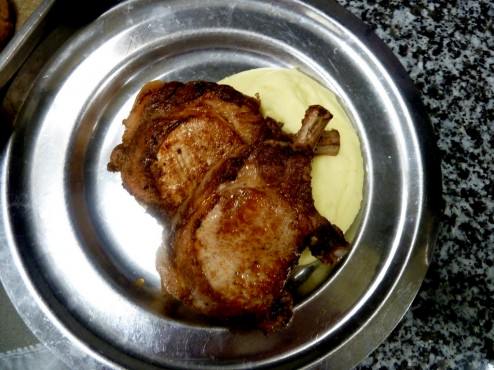 Plating the chops over the mashed potatoes. 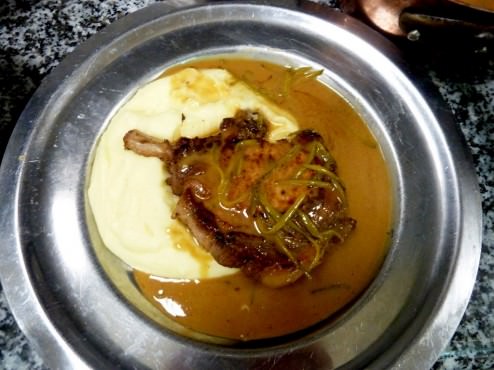 The sauce was interesting, it was mustard and cornichones (pickles). Of course mine was too mustardy but I liked it. 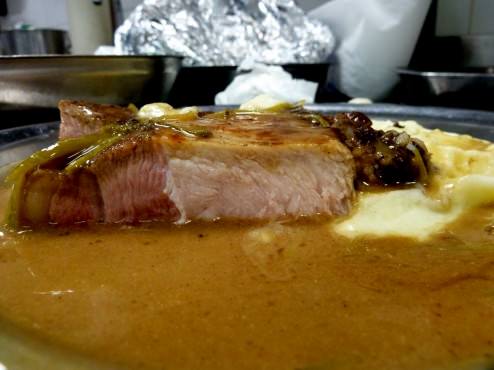 Cut through the miracle of the part I got was discovered: It was half white and half pink, very moist and succulent

3 Responses to First Week Of Meat