Before Christmas break we had the chance to privately purchase a lobe of foie gras and make a tarrine to take home on the vacation. Oddly Rob and I were the only ones who eventually made it in our group. In Anglo B everyone’s signed up for this so they had a whole class dedicated to preparing the foie gras, we made it in the second day of the restaurant service that week. Chef Sebastian printed out 4 different recipes for us and I decided to make a spiced Foie Gras with fig marmalade. I was really happy with the result, it was delicious and a great present to bring home. Everyone who visited our home tasted it. I wish it was that easy to make at home. 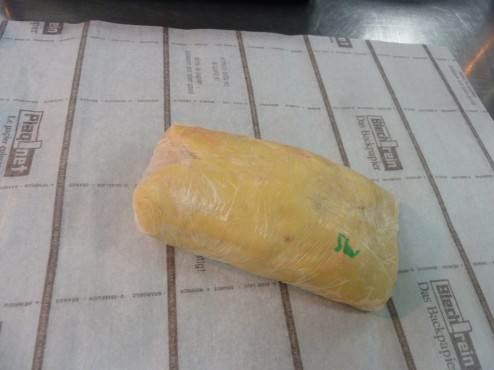 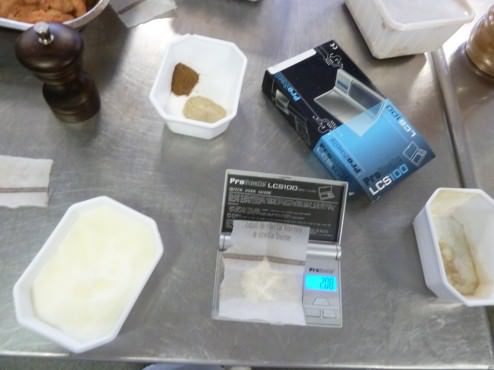 I know it's a shitty pic but I was trying to show how we measured the salt and spices with a tiny scales. It was super important to have the right proportions of salt/pepper and other spices

Then marinated with port and cognac 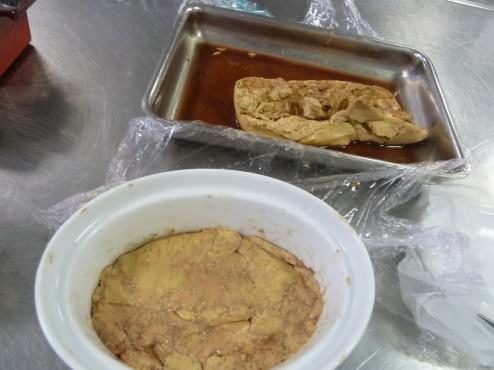 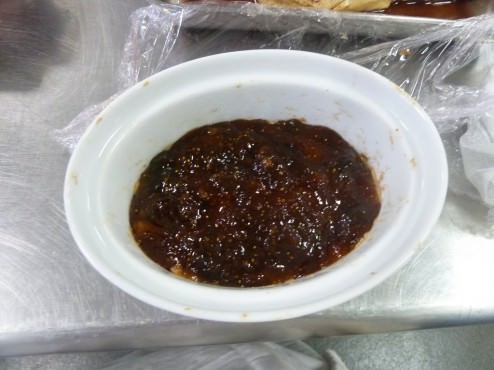 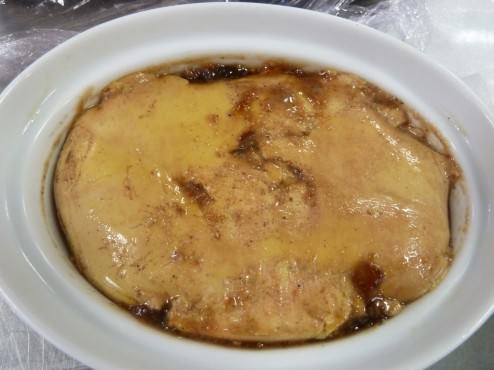 The rest of the liver on top and pressed really tight 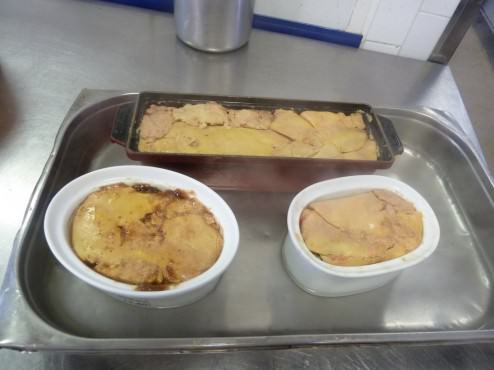 All the terrines are ready to be cooked, 30 min in a bain marrie in the oven 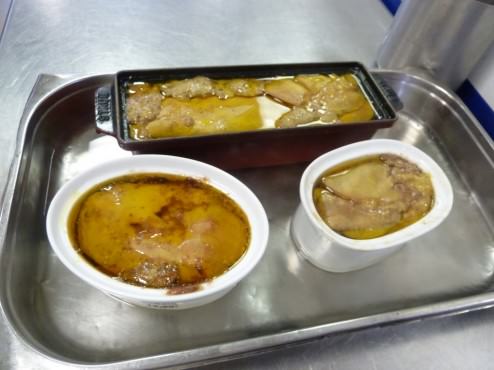 After cooking, Straight to the blast chiller 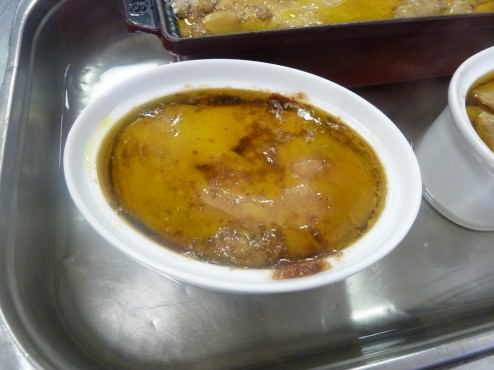 A layer of fat on top, as necessary 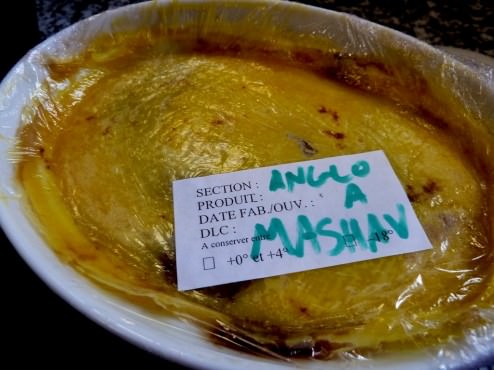 After reaching room temp or a bit colder, the fat turned yellow and the pressing stage begun, weights were put on top during the whole night

Then the next day I packed my terrine in a vacuum pack and two days after took it with me on the plane to Israel. 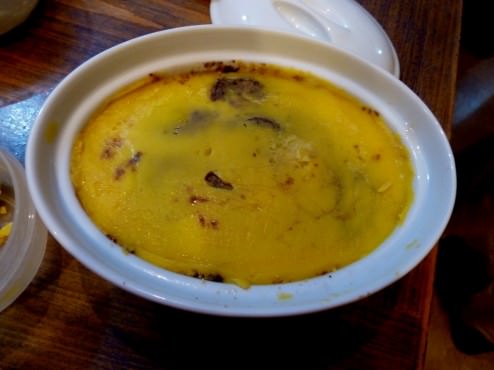 Opened for the first time at home. Chef suggested to scrape all the fat, melt it, strain it and pour it again over the terrine, then wait to cool down again in a uniform level over the foie gras. It sounded smart but we had no patience to do so 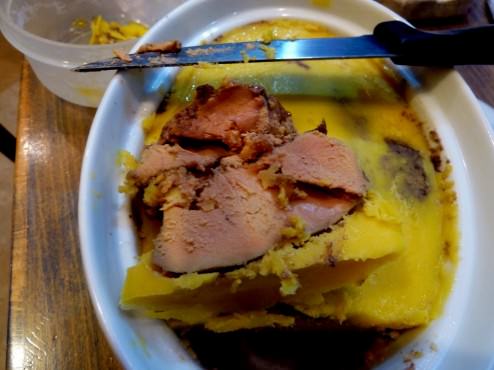 Digging in just to taste 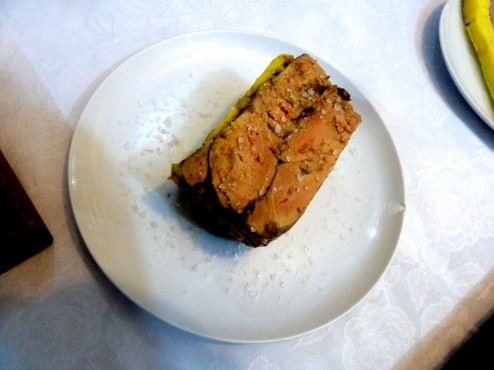 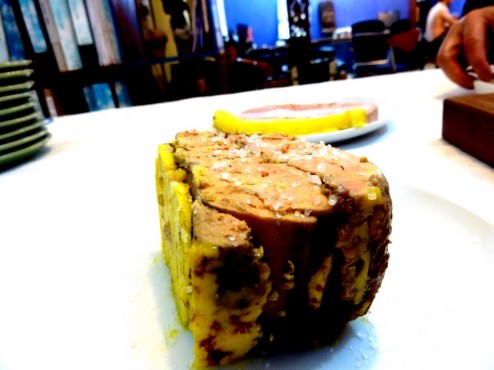 One Response to My Hannukah Foie Gras