Last Monday was supposed to be the cooking of the classic Savarin cake. Instead Chef Antoine who just came back from a visit to Japan, decided to use some of the ingredients he brought with him and make some really artistic layers cake. We had a lot (!) of ingredients to measure. It felt like experimental recipe. The bottom layer is sponge cake with orange leaves element. The idea was to make this element stand out and flip the cake to see the base when it was finished, but it turned out pretty similar to the regular cake color and quite not understandable. Second layer was the pistachio-green tea-white chocolate-whipped cream. Was a bit over complicated layer and when the time came to finish the cream and whip it Ihsuan and me over-whipped it to a butter. Chef insisted we make this whole thing a new so we did it all over again in a faster technique. When the day finished we were so sick and tired of this green cream. The layer above was praline and the best layer in the cake no doubt. It was made out of hazelnut butter mixed with melted milk chocolate and Pailleté Feuilletine which is thin pieces that tastes like a waffle cone shreds and inserted to make a crunchy texture. That went really well but was a thin layer. We crushed some toasted hazelnuts on top of it. The last layer was a rasberry-hibiscus jelly from agar-agar. Why from all things? I have no idea. Overall it was such a messy day that the result was very unclear. Oh and there was also a pear boiled in sugar water. 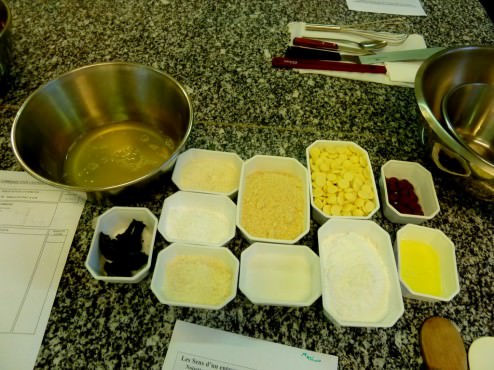 Some (!) of the ingredients for the cake 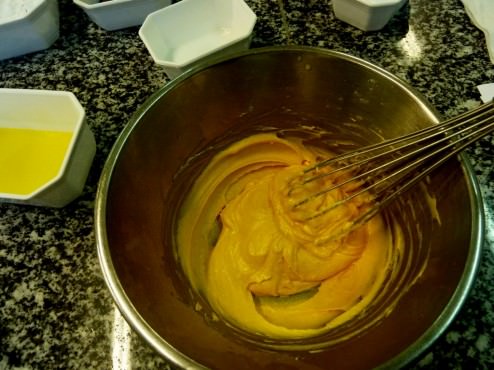 The first step of the "biscuit", cake base 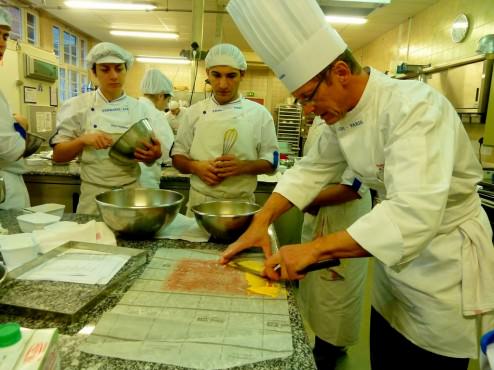 Making the pattern of leaves 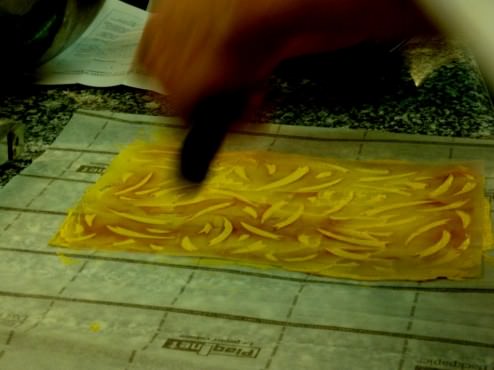 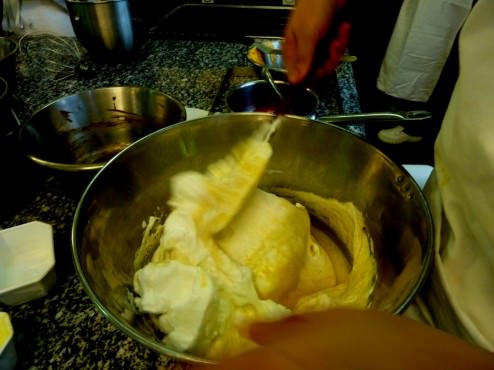 The second stage of the base was fluffier 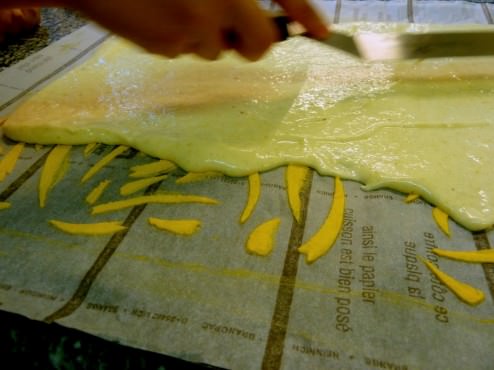 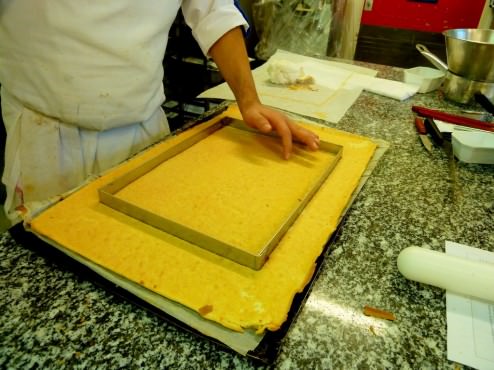 Baked and cut to the size of the mold 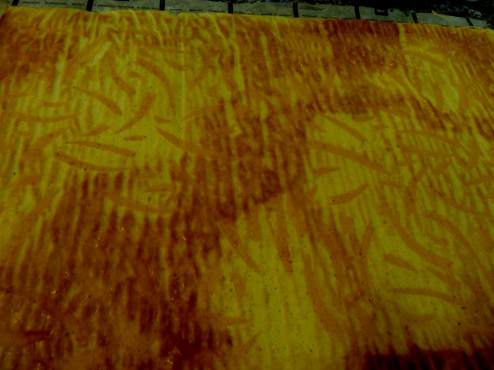 This is the result. NOT satisfying 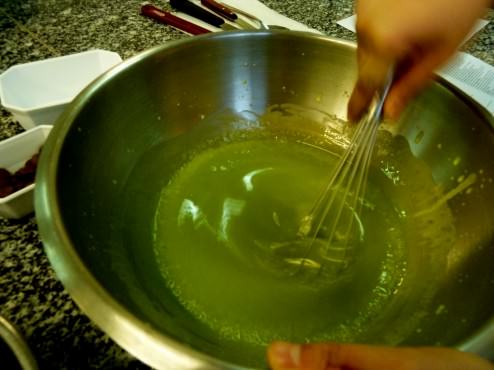 The first green cream being made 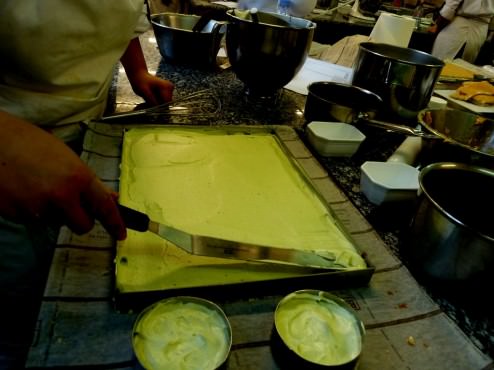 The second green cream is fine enough for the cake 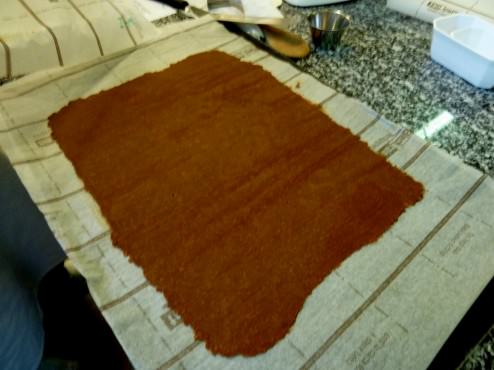 Praline layer in the freezer 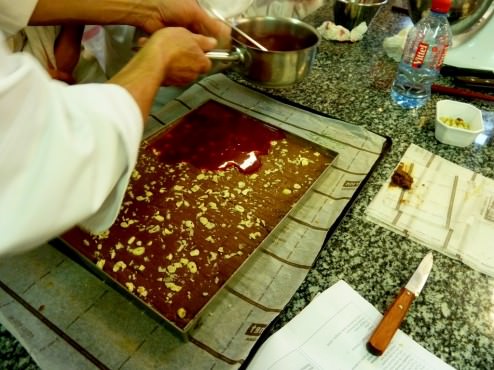 Cover with the red jelly 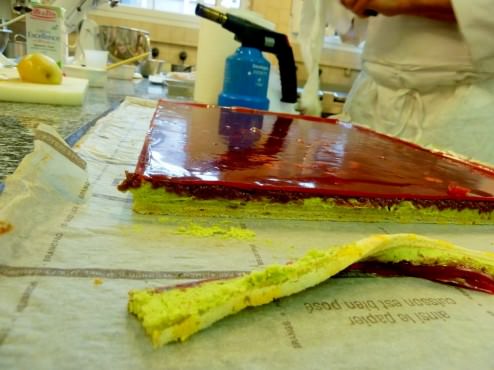 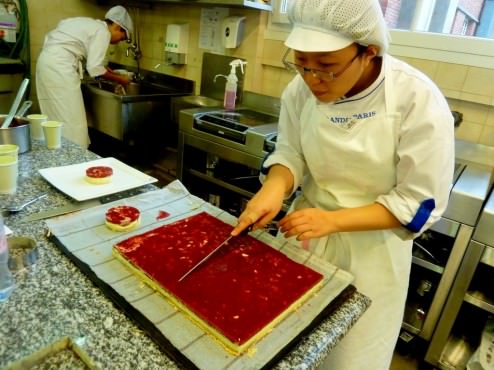 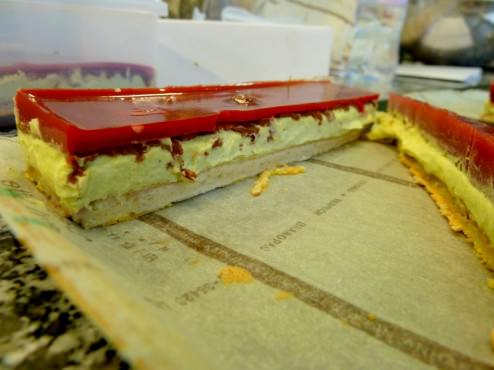 Started melting on us already 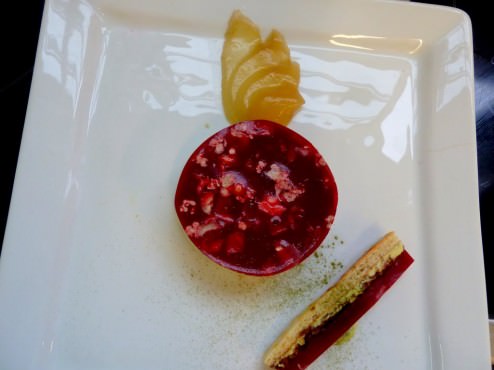 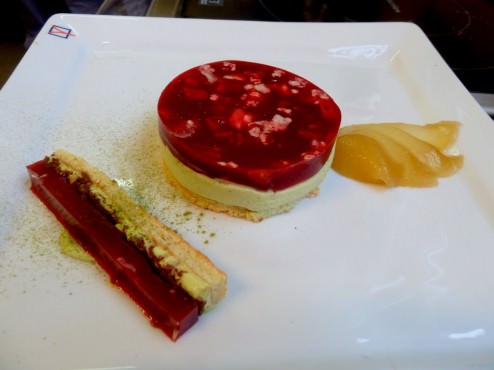 Well, that was a weird one.