Pastry Class Buffet #2 Basket Case or “This is not a competition!”

Just a minute before the Ferrandi program is over, we get a really nice “demo” day by Bordeaux chef: Christophe Girardot. His restaurant La table de Montesquieu in Bordeaux won its first Michelin star in 2010 not long after opening, very impressive. So just before our trip to Bordeaux where we are about to meet him and his food again, we had the pleasure of having him at the Ferrandi’s demo kitchen for a 3 course meal demonstration.

We haven’t been in the demo kitchen since day 1 at Ferrandi, it was symbolic and emotional to come back on the (almost) last day. What cool about this kitchen is the mirror on top of the working station and the auditorium class where we can relax and watch while someone else is doing the actual cooking. It feels like being the audience of a cooking TV show (including the smells and tastings), though we don’t get see the edited version.

We were told to come at 10 in the morning but chef was there much earlier preparing all he needs for the demo. When we came it was half way there. 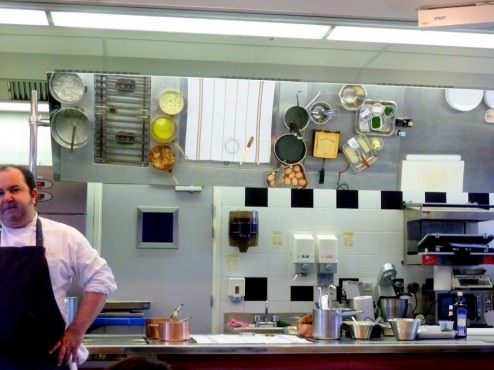 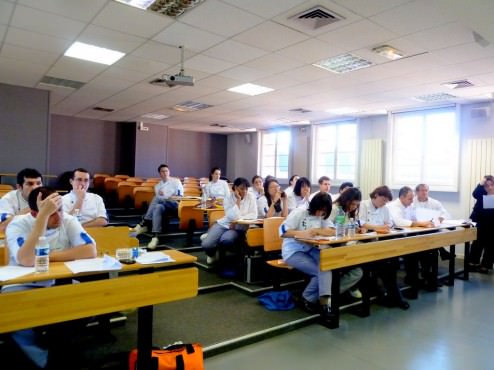 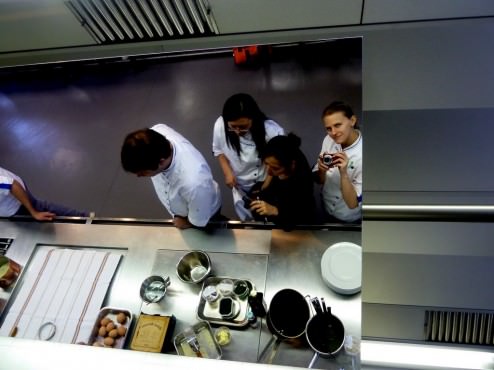 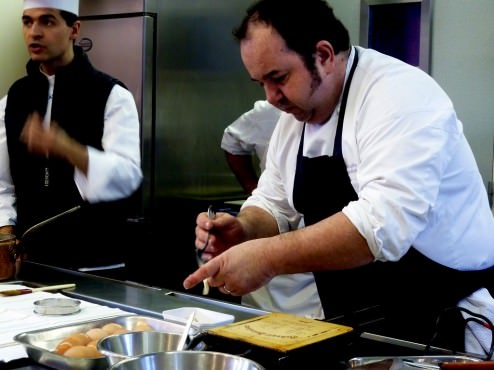 After cooking the very fresh eggs in a bain marie of 64 degrees, chef uses the yolk alone 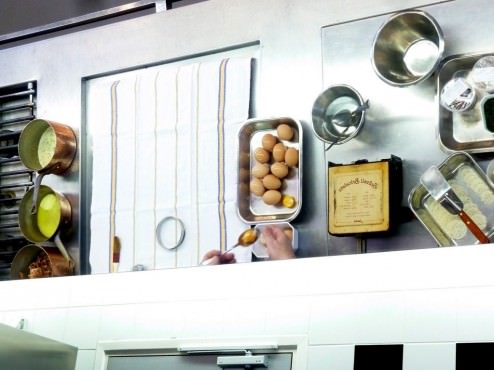 yolk in the left and waffle-bread machine in the right 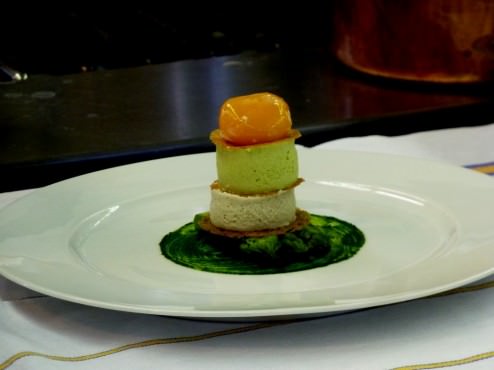 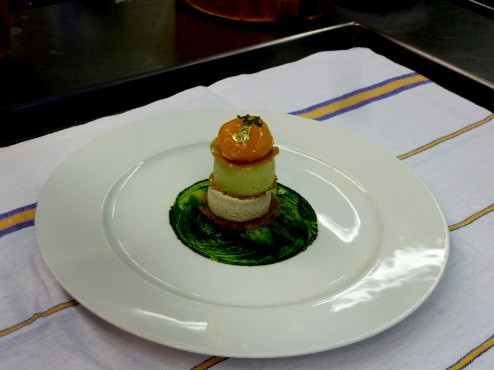 A gold paper on top, but it's not finished yet. 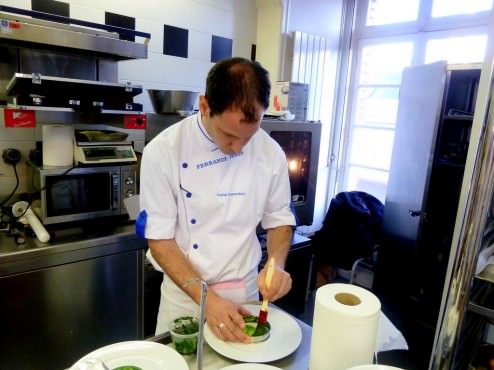 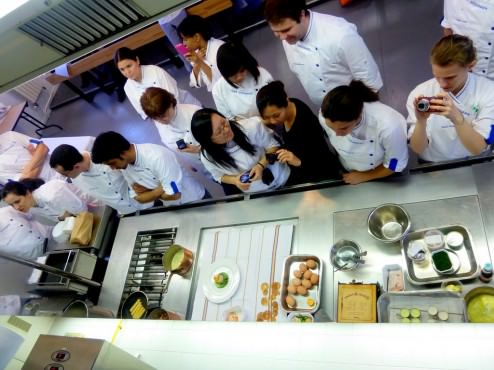 The audience on its feet, "we want food!" 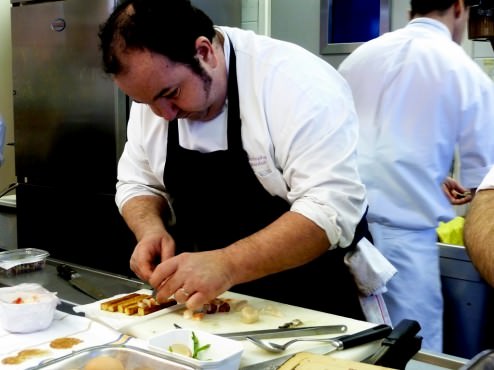 Making the side cracker with raw scallop, oyster and lobster 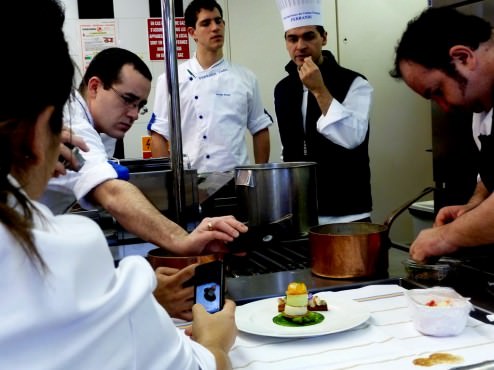 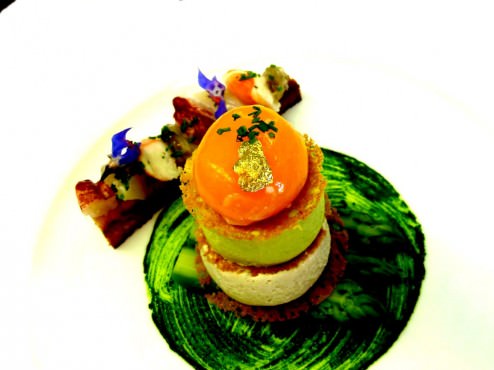 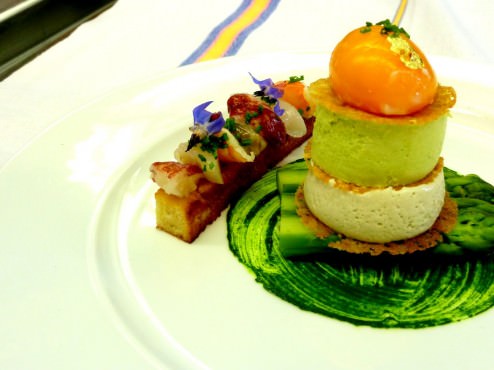 It was a very interesting dish full of textures and flavors. The egg was so creamy but I didn't get to taste the cracker on the side 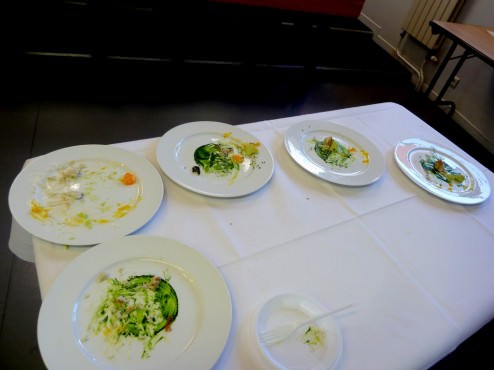 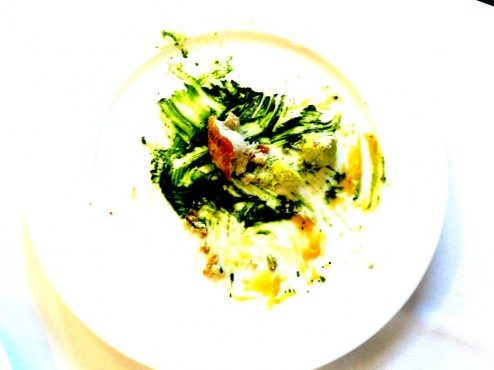 We are ready for more 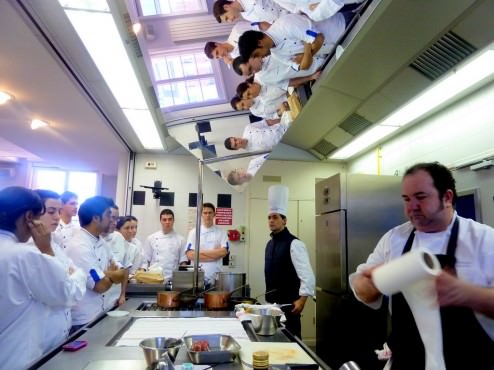 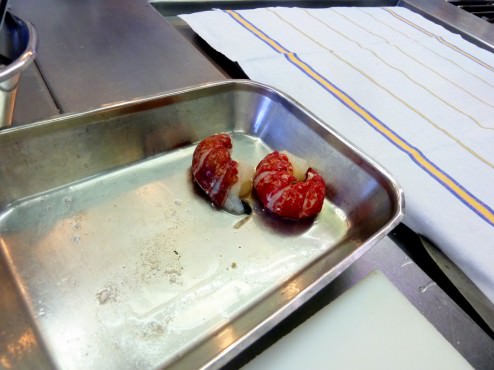 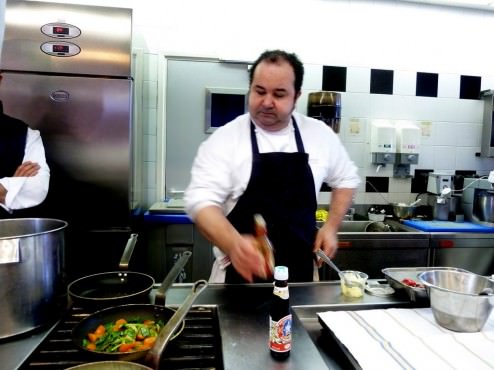 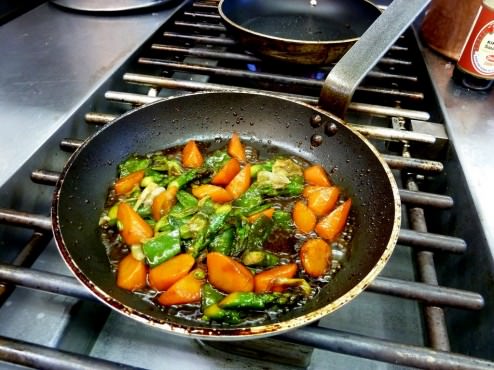 The amount of soy was surprising 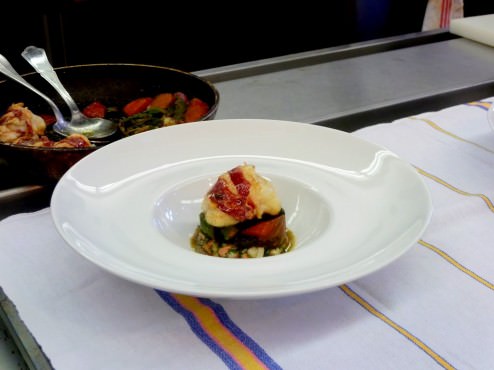 The lobster on top of the vegetables and tartar 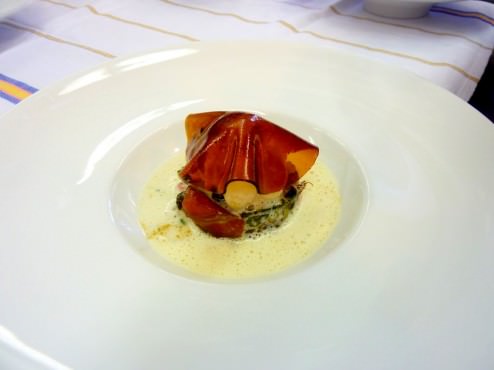 A transparent circle of soy sauce and galanga-coconut cream foam 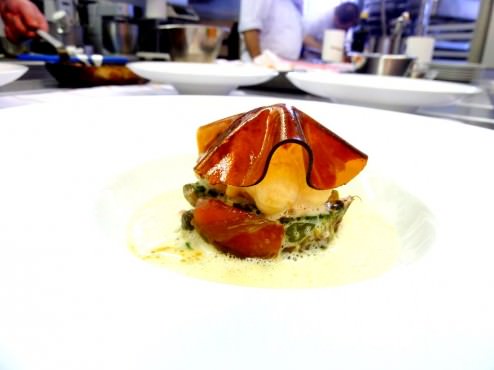 Was a very nice dish, for me a bit too salty 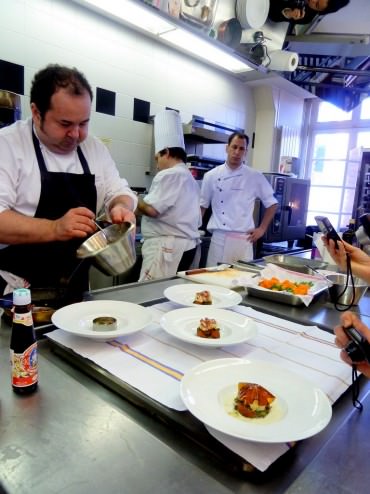 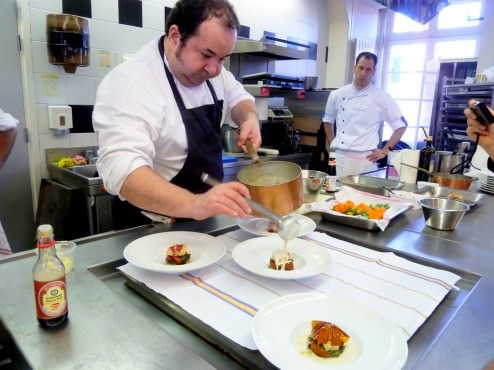 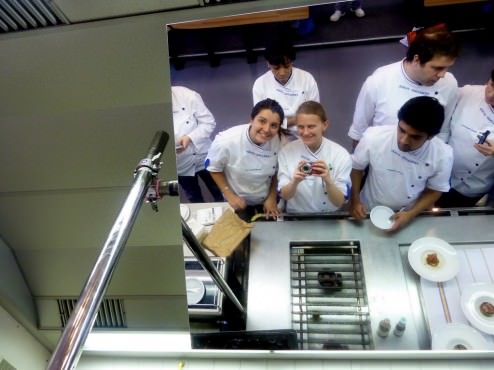 Getting ready for the dessert 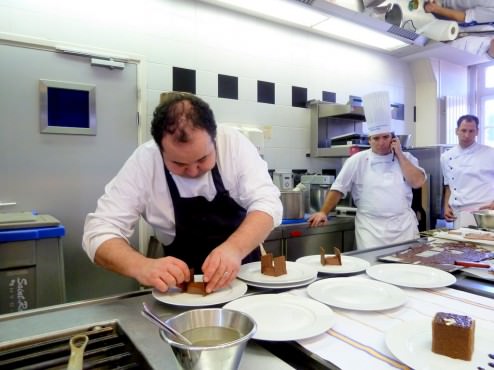 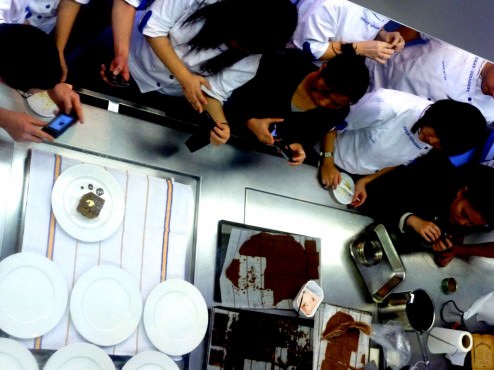 5 types of chocolate something. 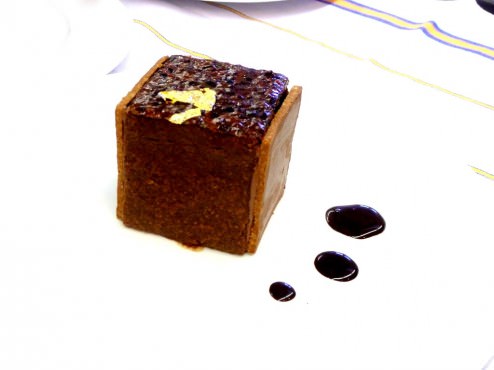 Two more walls of cacao shortbread biscuit and a roof of Nougatine cacao. With Cacao sauce 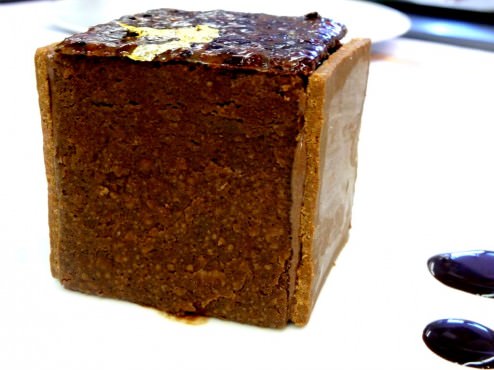 I ate too much of this chocolate monster. I liked all the element except for the roof of nougatine which was too bitter for me

It was a really nice experience and from there we rushed to the cafeteria to have some lunch. Obviously!