Sadly the first day back at school was also the last pastry class. Having no idea what’s it gonna be this time we’ve received the recipe for Galette des Rois. I had no idea what it is but a quick look at the recipe made me realize we’re about to make puff pastry again. Turns out this cake is another traditional dessert for the holiday and can be found in the bakeries only on the month of January. You can read all about it here but in short, a puff pastry filled with frangipane: almond cream, in other words: deliciousness. Somewhere in the cake a ceramic figure is hidden, so that when the cake is divided by the number of diners, the finder of the figure is the “king” and gets a paper crown (included). The king (hopefully not choking on the figure) is now responsible for the next cake to come and so the cycle continues. Eat with caution!

The puff pastry part you have already seen here and here. This time was no different except it was easier. The more interesting part was the filling. Really easy and a lot better then what happen when I tried Aharoni’s recipe on the diner party at Tel Aviv. 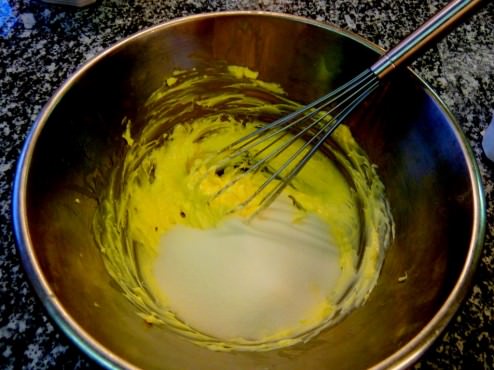 Start with creamy butter, adding the sugar and mixing together 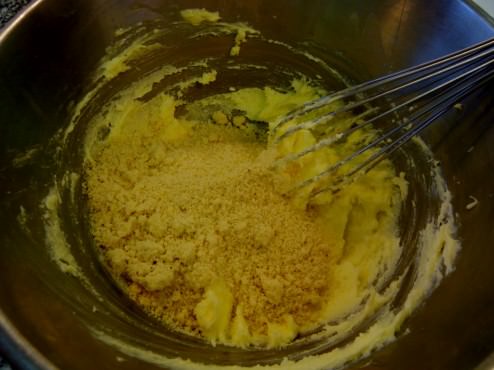 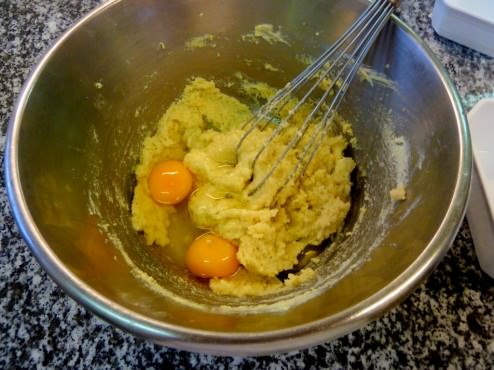 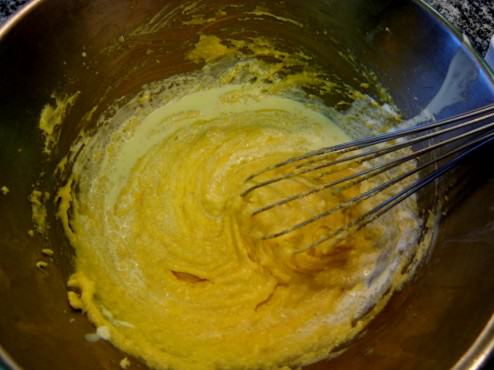 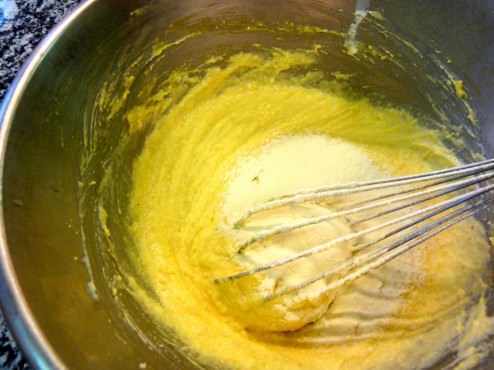 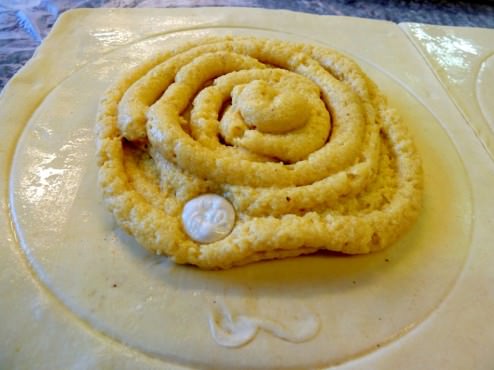 Pipe it on the puff pastry and add the ceramic figure 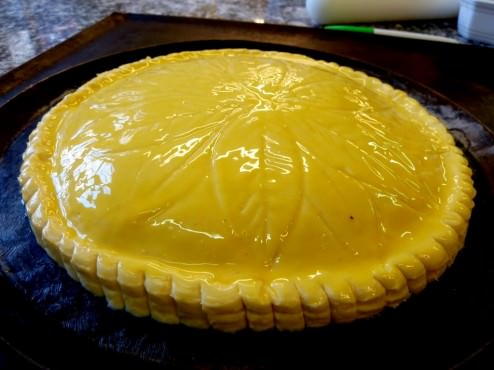 Cover with the other puff pastry and close well, then egg wash, then decorate. Then the obvious step I forgot - make some holes for air release! 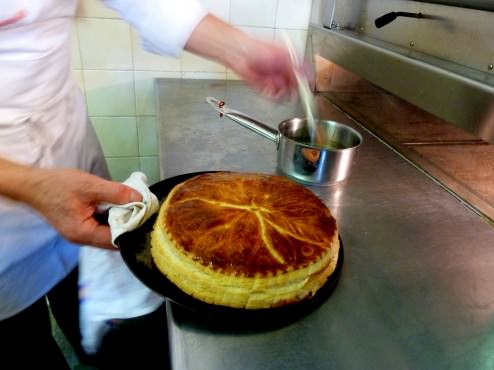 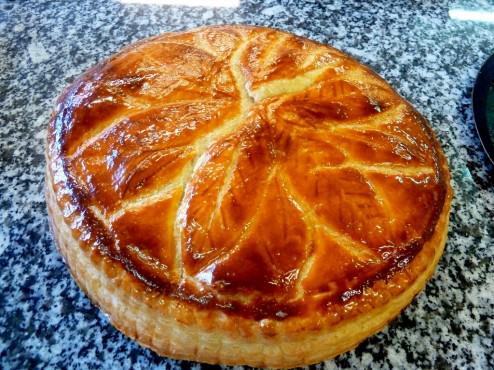 My galette out of the oven, bloke down because I forgot the air holes 🙁 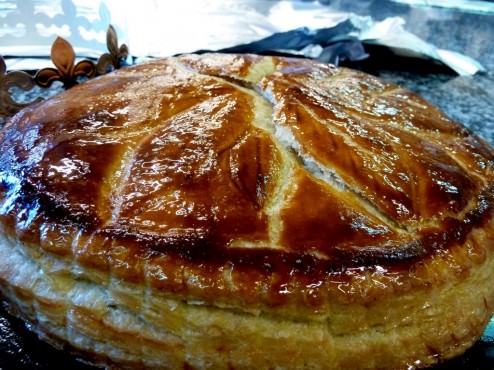 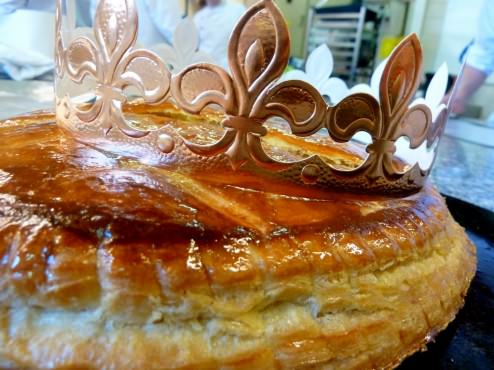 With the crown, doesn't it look like the university logo? 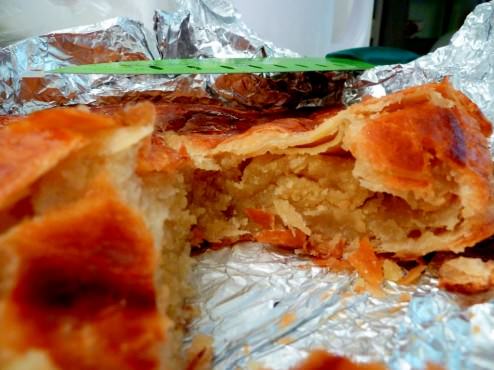 Digging in, at home. Guess who found the figure? 😛

The surprise of the day was that we’re also making a tarte aux pommes! Yes, the same recipe we had in our first week in ferrandi, once again, to practice before the exam we have next week. Making the dough was pretty simple and easy because I already made it about 4 times now. Came out really good, but the edges of my tart we’re not pretty enough. I agree. 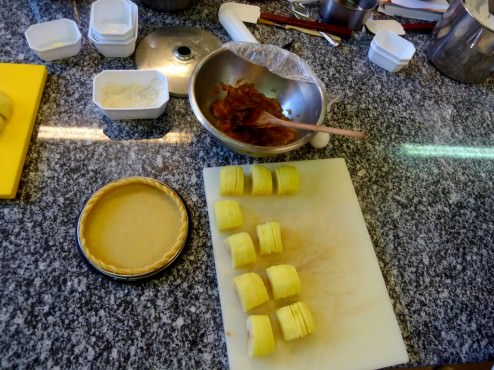 Station ready to assemble the tarte 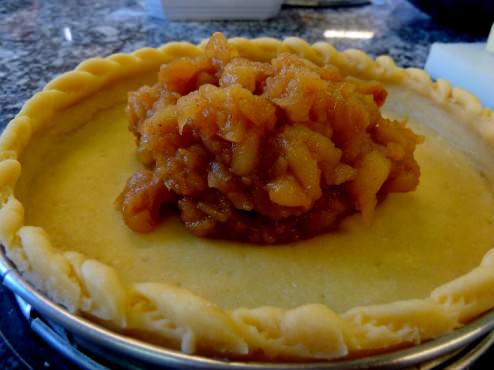 With cinnamon this time' 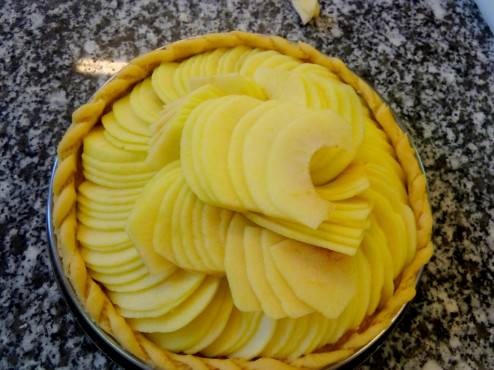 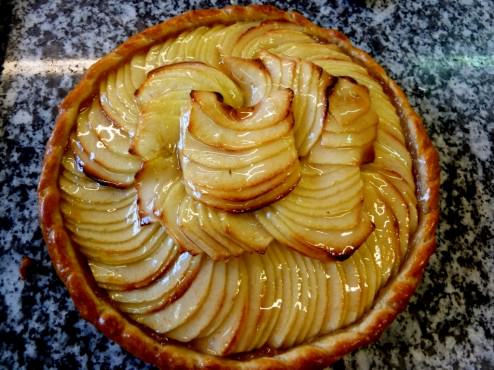 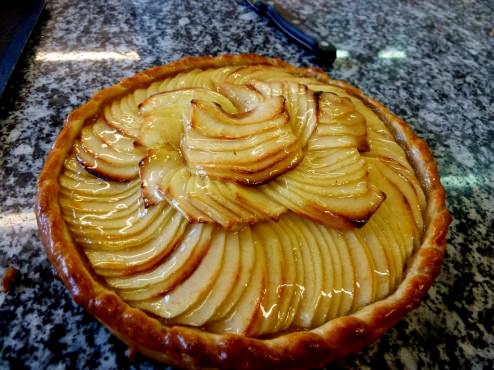