The steak class was the last official Ferrandi kitchen lesson and last recipe learned from the book. Steak takes almost no time to sear, this is why we cooked vegetables and fries as well. The vegetables were really nice, carrot, turnip and green beans cut to stripes and cooked with some butter. The french fries were blanched in hot oil to precook then last minute thrown to higher temperature oil to get them crispy. Mine didn’t get that crispy and after presenting and tasting one I throw them all away. The meat we had was a sirloin. It was pretty marbled for a sirloin, we cut 5 steaks out of it. I would prefer cutting only 4 fat steaks but this is how it was.

We learned about the four stages of cooking red meat:

You are familiar with more cooking points than these four? They must be “well done” which in french referred to as “poubelle” which means “garbage”. There’s also some in-between points like “medium well” and what I call “medium rare” which are just not existed in the classic french cooking. The “bleu” is just seared to scorch the facets but totally rare all through. The “saignant” is almost like the former with few minutes added to the sear and resting time before serving. It’s more rare than what I would consider medium rare.  Then the “a point” which is already over what I consider medium rare and has pinkish middle but no rare part or blood. So the regular medium rare that I know is just a point you have to jump over here in France. The bien cuit is firm and what chef says: “grey” inside, so no “medium well” point as well.

Also we learned that ordering the bleu or the saignant would make you more eligible for fat cuts than the more cooked steaks which can be thin to avoid any traces of blood these weird people don’t want to see in their steaks. In other words, don’t order your meat a point or bien cuit or you will get punished.

We had 5 steaks to cook in all these cooking points and present four of them, one of each. As I do too have less of interest for the too cooked steaks I choose my thinnest cuts to make the a point and bien cuit. Also these cuts were more fatty so that they can still taste pretty nice. 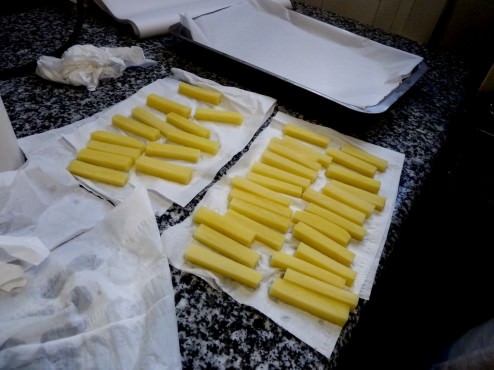 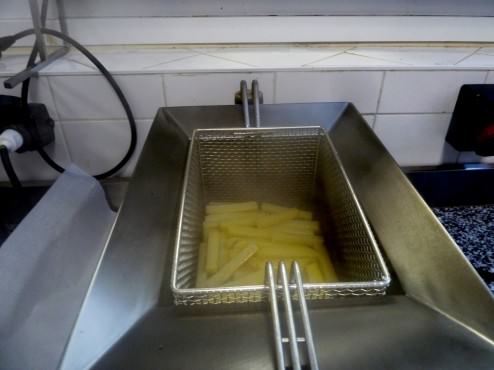 Blanching in hot oil as a precooking 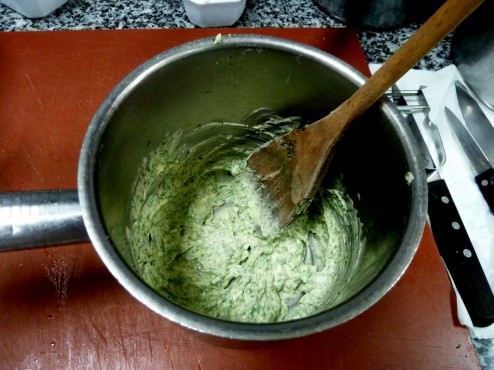 Butter with lemon and parsley 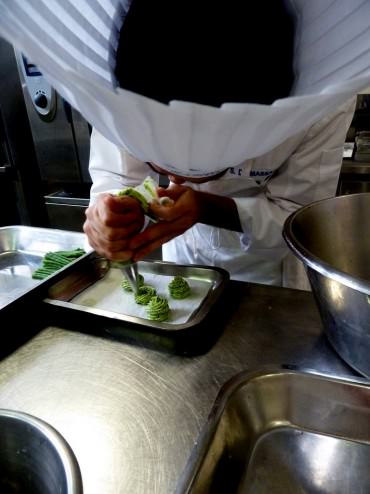 Piping the soften butter and back to the fridge 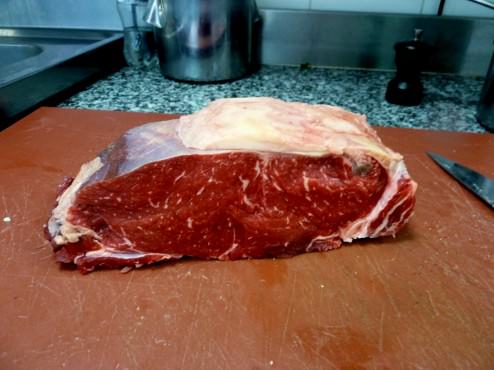 The piece of sirloin I got 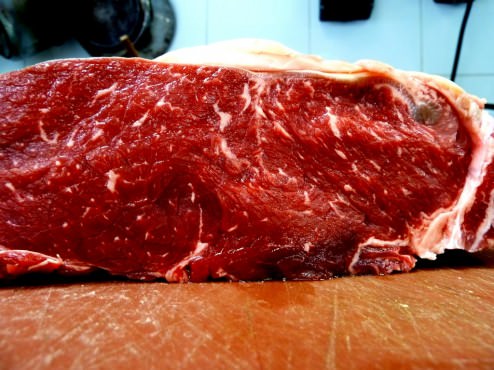 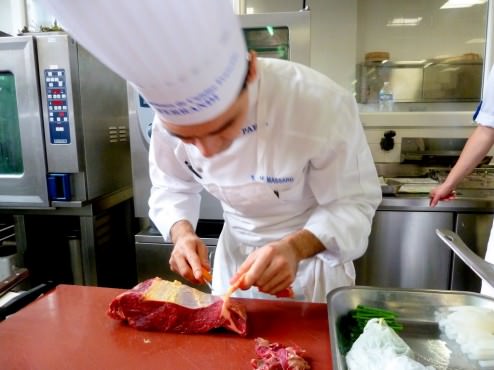 It's not going to the oven, so defatting. 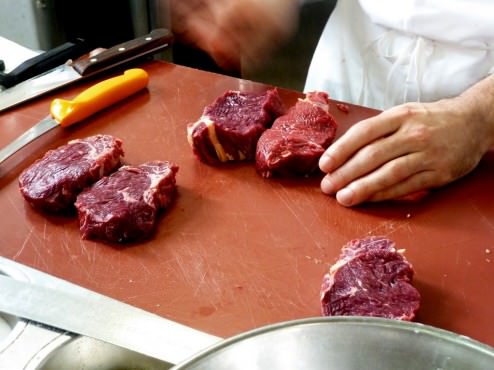 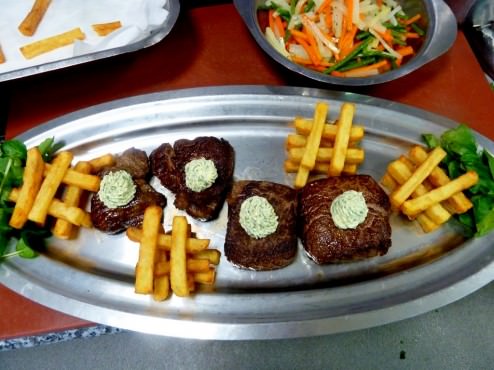 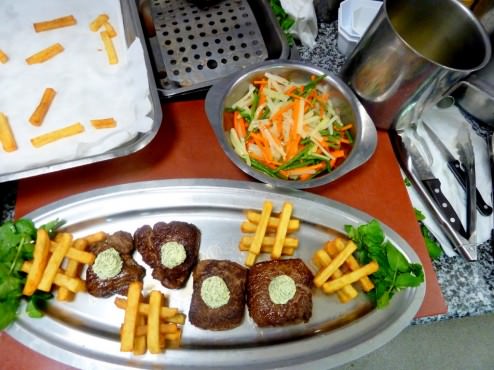 My 4 steaks, fries, vegetables and butter 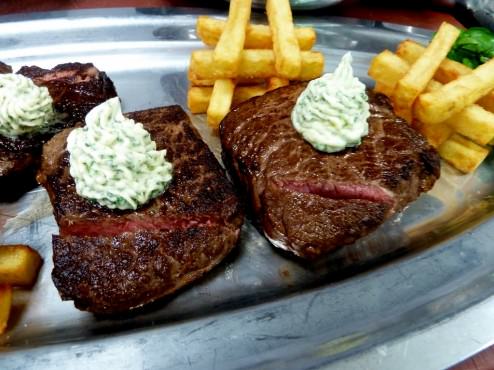 Chef cut all the corners to check if the point of cooking is right. Not knowing yet all that I wrote in my introduction, I cooked my saignant too much and my a point not enough. I was really happy with my bleu, knowing I can just re-sear it at home without overcooking. 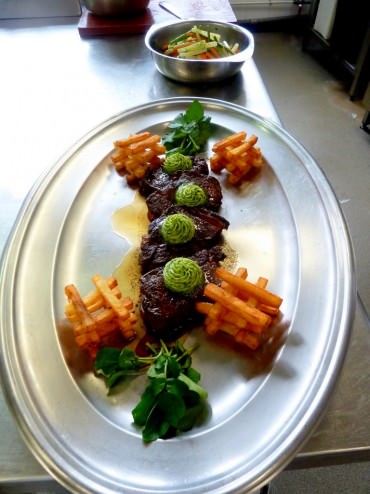 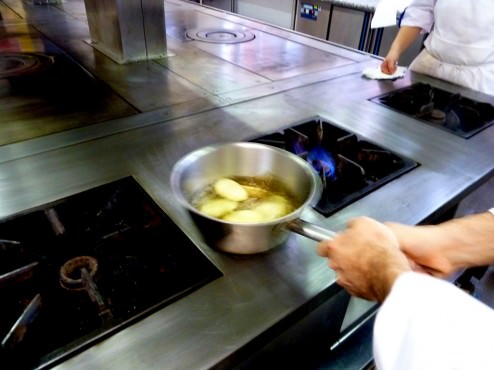 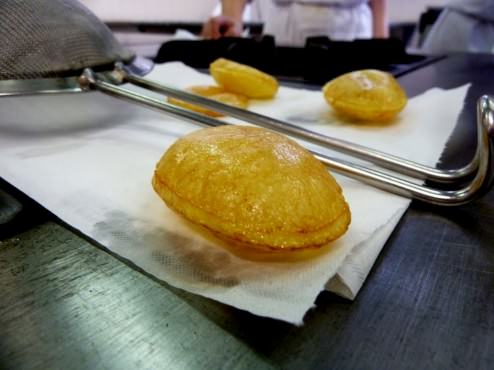 All you need for that to work is the right kind of potato, right shape of the cut and thickness, the right temperature of the oil and the right movement of the pot covering the pieces with oil the whole time. Oh yes, you also need a bit of luck and a lot of practice.

3 Responses to Steaks and Fries