Modern Asian Fusion style little place, we had a three course dinner for a fixed price of 28$ as part of the Dine Out Vancouver festival. Added to that cocktail pairing for 18$ extra to get a cocktail with each course. I tried the turnip cakes dish which was nice, but I still prefer the classic turnip cake style dish. The carrot salad as a first course was’t an appetizing dish, felt more like a side and had nothing to offer. The main courses were better. Albacore seared tuna fillet with eggplant and apple was a nice fusion combination and interesting bite. The Pork belly with maple hoysin and choy was again a nice way to combine the different cuisines into one balanced dish. For desserts, the persimmon pudding was warm and moist and I liked it. On the other hand the Choc nog – a drinkable dessert was disappointing and unsatisfying. Randomly between the courses the three cocktails arrived (the last one we had to mention to the waiter after finishing the meal without it). I only remember I wasn’t so impressed with the cocktail pairing and it seemed like an afterthought. The place was lively but the service was slow and not attentive. 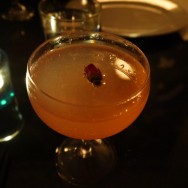 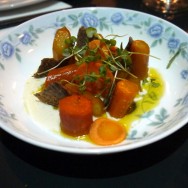 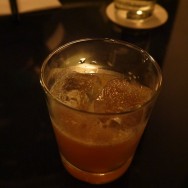 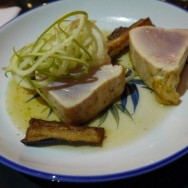 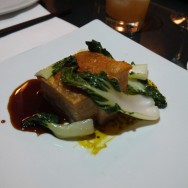 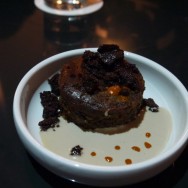 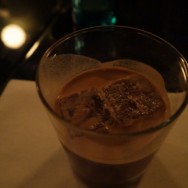 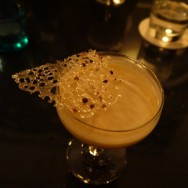 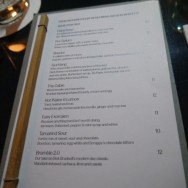